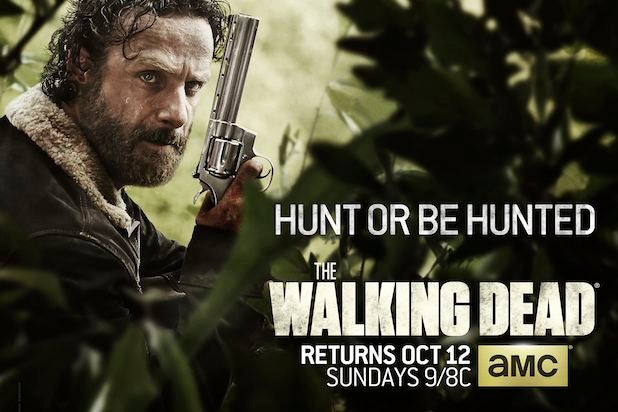 Mere days before Sunday’s Season 5 debut, AMC has renewed “The Walking Dead” for a sixth season.

Over the past two years, “The Walking Dead” has been the top show on TV among adults 18-49. It’s also the highest-rated show in cable history.

The zombie apocalypse drama is very strong across social media as well, with the series boasting 30 million Facebook fans and 2.7 million Twitter followers.

Globally, “The Walking Dead” will again be “First on Fox,” with Fox International Channels (FIC) bringing the show to international audiences within 24 hours after the U.S. launch. Given that timeframe, Season 5 will premiere elsewhere around the world on Oct. 13 in all of its 125-plus markets.

“We could not be more excited for Oct. 12 as we share new episodes of ‘The Walking Dead’ with fans around the globe,” AMC President Charlie Collier said in a press release. “In advance of Sunday’s season five premiere, AMC proudly confirms a sixth season order of this extraordinary series. Thank you to Robert Kirkman, Scott Gimple, the terrific executive producers, and the entire team who brings this compelling world and these rich characters to life.  There’s plenty more Dead ahead thanks to their impressive, collective effort.”