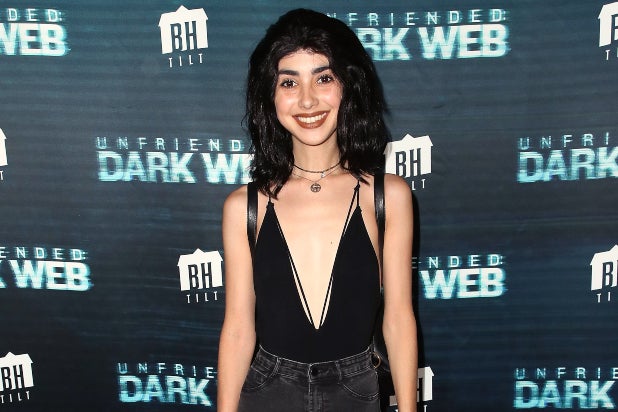 Alexa Mansour, Nicolas Cantu and Hal Cumpston will star in the second spinoff of the popular zombie franchise, an individual with knowledge of the production told TheWrap.

The third series, which will shoot in Virginia, will feature two young female protagonists and focus on the first generation to come-of-age in the apocalypse as we know it, according to AMC. Some will become heroes. Some will become villains. In the end, all of them will be changed forever. Grown-up and cemented in their identities, both good and bad.

The second female lead has yet to be cast.

Writer/producer Matt Negrete will serve as showrunner on the 10-episode series alongside chief content officer Scott M. Gimple. It will premiere in 2020.

The castings come a week after “Walking Dead” creator Robert Kirkman decided to suddenly end his long-running comic book franchise that the AMC series is based on. Kirkman made it clear at the end of issue #193 that he is ending the series after 16 years with no warning. “This is the end of The Walking Dead. That’s it… it’s over… we’re done,” he wrote in the final pages of the comic, which was released last Wednesday.

The comics provided the basis and inspiration for AMC’s long-running TV show, which is heading into its 10th season and has already spawned one spinoff, “Fear the Walking Dead.” The end of the comic book raises questions about the future of the show, although the AMC drama has never followed the comic book precisely, and has rather offered its own takes on familiar characters and storylines.

AMC promised that the franchise would continue. “This extraordinary comic created a world that already lives in multiple forms, and in the hearts and minds of millions of fans around the world, and will for many years to come,” a spokesperson said in a statement.

Variety was first to report on the casting of Mansour, Cantu and Cumpston.