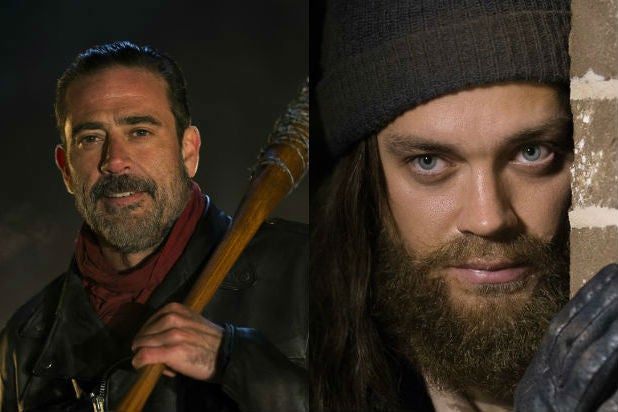 “The Walking Dead” has promoted four actors to series regular roles for its upcoming seventh season.

Morgan of course plays Negan, the new main antagonist and leader of The Saviors. He made his grand entrance in the Season 6 finale with a bone-chilling monologue just before killing a member of Rick’s group. Of course, we still don’t know who that was.

Payne plays Paul “Jesus” Monroe, a member of the Hilltop colony who has become fast friends with Rick and the gang. He is known to be a skilled fighter with wisdom beyond his years.

Amelio plays Dwight, a member of The Saviors who previously had a run-in with Daryl out on the road. Dwight eventually assisted in capturing Daryl, Glenn, Michonne and Rosita and serving them up to Negan. Now sporting some gnarly burn scars on his face, Dwight is Negan’s second in command.

Berkeley will return as Gregory. The leader of the Hilltop colony, he was quick to buckle under pressure from Negan and The Saviors. Following a failed assassination attempt, he partners with Rick and his group in order to kill Negan — no easy task in the “Walking Dead” universe.

“The Walking Dead” Season 7 is set to air in October on AMC.