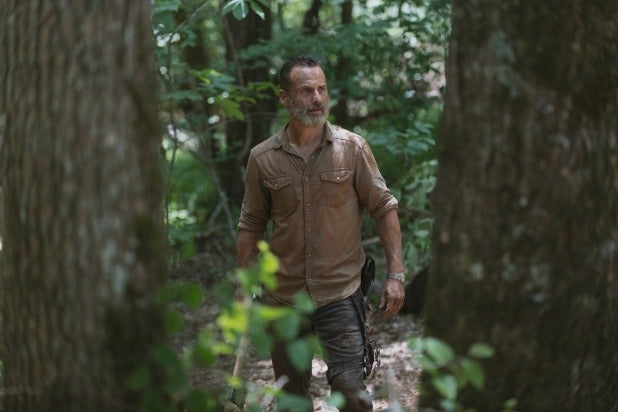 And now “Game of Thrones” watch has ended as the most-pirated TV show — at least for 2018.

Last week, TorrentFreak shared its annual list of the Top 10 torrented TV shows (ranked by most-shared single episode released in 2018), which no longer includes the HBO fantasy epic, the series that has held steadily in first place for the last six years.

Instead, “The Walking Dead” is now sitting on the Most-Pirated TV Show Iron Throne, finally moving up from the runner-up slot it’s been sitting in since 2014. Then it’s The CW’s “The Flash” coming in at No. 2, followed by CBS sitcom “The Big Bang Theory.”

Also Read: Sorry, No New 'Game of Thrones' Footage in This Promo - Just Celeb Superfans Sitting on the Throne (Video)

According to TorrentFreak, their ranking is compiled “based on several sources, including statistics reported by public BitTorrent trackers and the DHT network.” The data is sorted by most-shared single episode, with full season downloads excluded.

Now, as we’re all painfully aware, “Game of Thrones” aired no new episodes in 2018, making it impossible for it be included in this year’s list of most-shared single episode. However, that doesn’t mean the D.B. Weiss and David Benioff-created series isn’t being pirated, as TorrentFreak reports the show’s torrents remain “the most sought-after season bundles on torrent sites.”

And just so we’re totally transparent here about what this data actually means, per TorrentFreak: “It’s worth noting that BitTorrent traffic only makes up a small portion of the piracy landscape. A lot of people use streaming sites and services nowadays, which generally do not report viewing stats.”