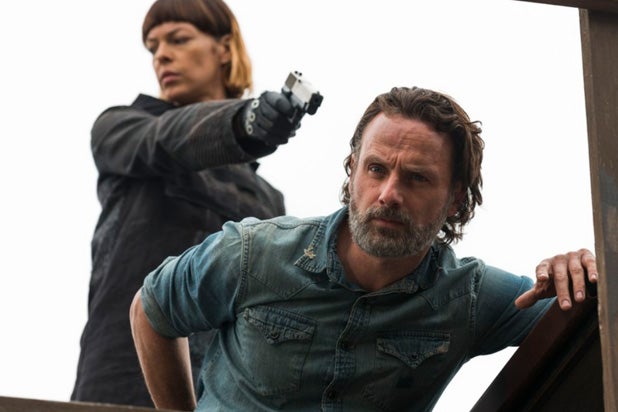 “The Walking Dead” returned Sunday for Season 8, stalking 11.4 million total viewers that night. Incredibly, for this show, that’s not great — as a matter of fact, it’s down 35 percent year over year.

The zombie drama’s 2016 season premiere, which had something of a “Who Shot J.R.”-esque cliffhanger, hauled in a whopping 17.5 million total viewers on Night 1, which was up 16 percent from 2015’s comparable opening episode. The Season 7 start had revealed Negan’s offscreen victim, a major character death that drew extra eyeballs to AMC’s “live” presentation.

That year-ago payoff episode was pretty much in line with the Season 5 premiere — clearly, this ain’t ’15 or ’16.

It’s worth pointing out that versus last year’s midseason premiere, Sunday’s hour rose 5 percent among total viewers. And this past weekend’s return also out-drew the back-half of Season 7 in terms of average night-of viewership. So there’s that.

AMC does not share L+SD measurements; the cable channel chooses to focus on Nielsen numbers that include three days worth of delayed viewing, which will be out on Friday. Those should close the gap a bit versus last year.