(Warning: This post contains spoilers for “The Walking Dead” through the Season 9 fall finale.)

“The Walking Dead” isn’t pulling another time-skimp on fans when it returns Feb. 10 with the back half of Season 9. Instead, viewers will find Michonne (Danai Gurira), Daryl (Norman Reedus), and their crew are still in that cemetery when the AMC series picks back up — and looking for a way out.

On Wednesday, Entertainment Weekly published a first look at Season 9B, along with a few revelations from “The Walking Dead” showrunner Angela Kang, who also teased the mystery of our new villains: the Whisperers.

“It’s gonna be a direct pickup,” Kang said of the midseason premiere. “We’re gonna find out what happens to that group that was in the cemetery as they try to make their harrowing journey back home to bury Jesus.”

And, yes, in that photo is a dead Jesus.

Meanwhile, Kang said that “we’ll get to know more” about the Whisperers — led by Alpha and Beta — “and their brutal survival of the fittest philosophy and how that really plays out in horrifying ways.”

Right, so zombie skin face masks or what?

See the first look photo below, courtesy of EW. 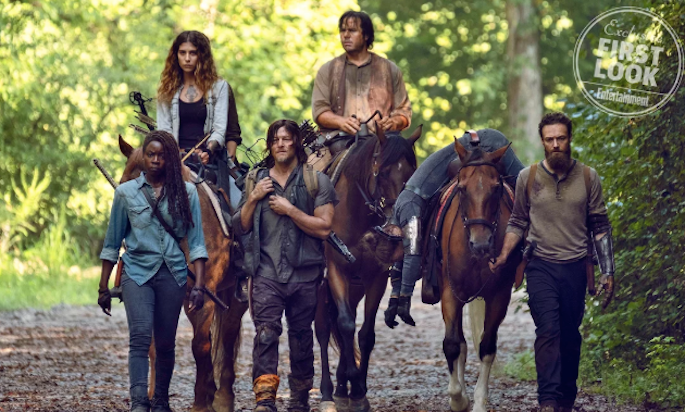