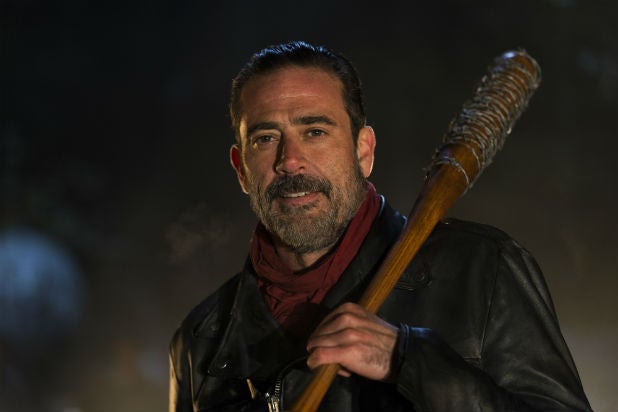 “The Walking Dead” creator Robert Kirkman refuses to go the George R. R. Martin (“Game of Thrones”) route and reveal the end of his comic series before the end of the television series on which it’s based.

“I hope the show ends and the comics keep going,” Kirkman said in a preview of AMC’s “Geeking Out.” “The comic was the comic before the show, so I try to maintain that. I know how I want to end ‘The Walking Dead’…I don’t want it on the show before I get it in my comic.”

Kirkman also said he is going to have to play dumb if series showrunner Scott Gimple asks him for help in writing an ending for the AMC show.

“If the show were to ever end at any point and the comic was still going, I would have to sit down with Scott and pretend I have no idea how to end it and then work with him to try and come up with a new ending,” he said.

No doubt fans of the show would be happy, at this point, to at least know who Negan killed in the Season 6 finale. Glenn met his end in the comics, but there has been rampant speculation that a different character is going to be at the end of Negan’s trusty barbed wire baseball bat when Season 7 kicks off in October.