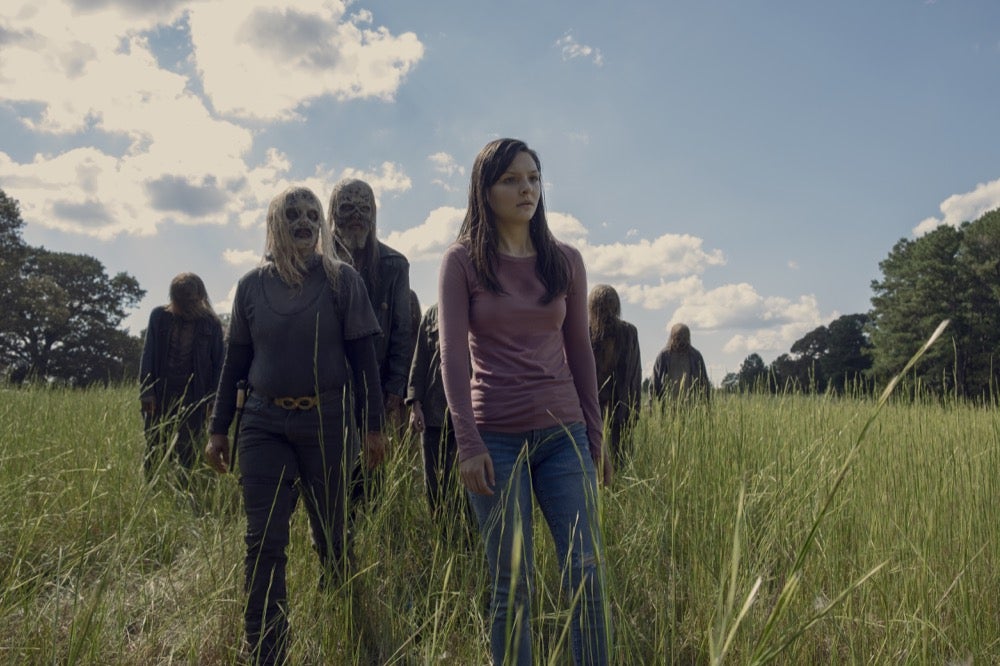 We’re really only a few episodes into the TV show version of the Whisperer War on “The Walking Dead,” and thus far it’s gone largely according to the way the story was laid out in the comic book course material.

There are, obviously, some major differences in personnel with Carl dead and Rick out of the picture thanks to that helicopter, but showrunner Angela Kang and the writers have deftly swapped other characters into those roles. In particular, Henry has stepped into Carl’s shoes and assumed almost exactly Carl’s role in this story.

But if the ending of this week’s episode is anything to go by, the days of the show following the template set by the comics for this whole Whisperers thing are over, with Daryl (Norman Reedus) taking the story in what feels like a new direction.

Also Read: Looks Like 'Walking Dead' Is Replacing Carl With Henry for the Whisperers Story

But Daryl’s move was just one of a few bits from this episode that seems to indicate a big upheaval int he storyline could be on the way. Obviously I don’t know what the rest of the season holds, but since the war with the Saviors went very different on the show than it did in the comics, it stands to reason that they’ll continue to stray from the established path now to keep things interesting.

Anyway, let’s get into the details a little bit. In the comics, Carl befriended Lydia and then followed her back to the Whisperer camp, where he was captured and had a few big ideological debates with Alpha about the Whisperers’ troubling philosophy. And Carl was held captive for a while, until Rick found out he was missing and tracked down the Whisperers himself and got into a few ideological debates of his own with Alpha as they discussed how they might settle this budding conflict peacefully. Eventually Alpha lets Rick and Carl leave, and orders them to take Lydia with them because Alpha decides she no longer fits with the Whisperers.

On the show this week we skipped pretty much all of that. Alpha (Samantha Morton) and Henry barely talk to each other, and Henry’s captivity is ended when Daryl and Connie (Lauren Ridloff) use the Whisperers’ own tricks against them by leading a heard of zombies into their camp and pull Henry and Lydia out. This is the sort of development that could just be a shortcut through a slow part of the plot, but I don’t think so. Lydia leaving the Whisperers this way — by escaping rather than being banished — is a huge shift that could have major ramifications.

In particular, Rick’s meeting with Alpha leads to a sort of informal ceasefire between the communities and the Whisperers — a “you stay out of our territory and we’ll stay out of yours” handshake agreement. And that holds until  a newly free Negan — freed by a character who is already dead on the show — murders Alpha and causes Beta to declare war.

But there’s no way there will be any kind of immediate peace after Daryl and Connie attacked the Whisperer camp, and Alpha is likely to want to get Lydia back again. Instead of having a bit of a lull before this new war really gets going, it looks more like it’s about to get going right now.

I can’t help but wonder if this means that the Whisperer War could actually wrap up this season instead of being drawn out the way the war with the Saviors was. Though with only four episodes left in the season it feels like it could be a tall talk to bring this story to its conclusion that quickly. But we’ll see soon enough, I guess.