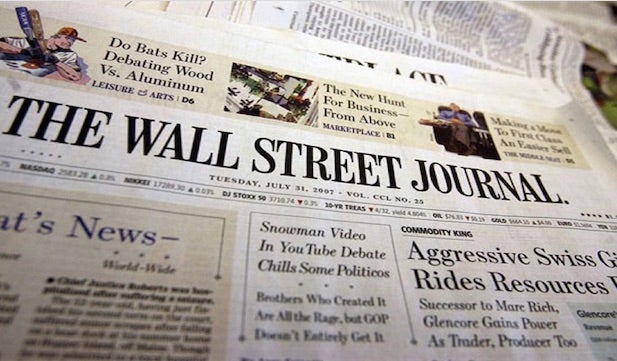 The subscription service launched with WSJ Pro Central Banking, which will cost subscribers $2,400 per year, but offer an inaugural price point of $2,000.

Overall, the new service will provide a “suite of industry and subject-specific content services, combining news, data and events in a single membership platform,” Politico reported.

Similar to subscription services like Politico Pro and Bloomberg’s BGOV, WSJ Pro will dive deep into specialized verticals, serving as a wonk’s dream.

The move is also an effort to create new revenue streams in the face of dwindling print revenue. In the fourth quarter of News Corp’s 2015 fiscal year, its news and information unit shrunk 10 percent, down $154 million to $1.40 billion.

Print revenue declines were the driving force in the earnings slide as most of News Corp’s print media platforms have been hemorrhaging readers.