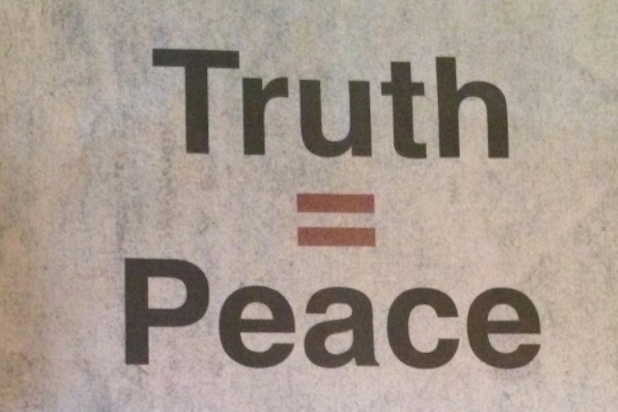 The Wall Street Journal is being strongly criticized on social media after running a full-page ad Wednesday for a website that denies the Armenian genocide, a mass killing that began in April 1915 and left 1.5 million people dead.

It features a hand with the Turkish flag making a peace sign, while two hands crossing their fingers have the Russian and Armenian flags on them. Readers are furious that the WSJ placed an ad directing people to FactCheckArmenia.com.

Once you’re on the site it reads: “False: The events of 1915 constitute a clear-cut genocide against the Armenian people.”

The site continues to say there “is no legal consensus to support the Armenians’ attempts to portray these actions as a willful, deliberate attempt to commit genocide of the Armenian people — a specific crime defined by international law.”

The genocide involved the Ottoman government’s systematic extermination of its minority Armenian subjects inside their historic homeland, which lies within the present-day Republic of Turkey.

Also Read: 'Look of Silence' Director Talks of Genocide and Guilt: 'Impunity Is the Story of Our Times'

Based on social media reactions, people aren’t pleased with the paper’s desicion to run the ad. See some of the enraged tweets below.

Last stage of #genocide is denial and @wsj has chosen to profit from it. Disgusting! @Gary__Bass #ArmenianGenocide pic.twitter.com/qaYYrpEWFd

@Gary__Bass @WSJ Shame on WSJ for taking money for this

@KN87 @WSJ @Gary__Bass I think the last stage of #Genocide denial, is trying to get others to believe you.#ArmenianGenocide #NeverForget