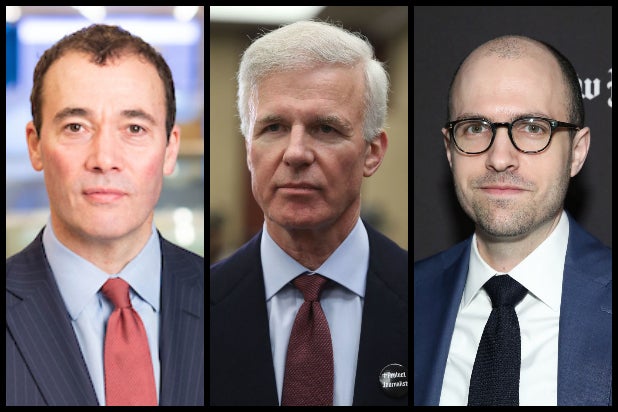 Publishers of The Washington Post, The New York Times and the Wall Street Journal wrote an open letter to the Chinese government on Tuesday, urging officials to reverse the “damaging and reckless” decision last week to expel American journalists of those three media outlets from China, Hong Kong and the Macao Special Administrative Regions.

“We strongly urge the Chinese government to reverse its decision to force the Americans working for our news organizations to leave the country and, more broadly, to ease the growing crackdown on independent news organizations that preceded this action,” publishers William Lewis (The Wall Street Journal), Fred Ryan (The Washington Post) and A.G. Sulzberger (The New York Times) wrote. “Amid tensions between superpowers, journalism bolsters strong, confident societies by providing to leaders and citizens important information and awareness to inform their lives and decisions — even, perhaps especially, when it is challenging to governments. We believe it is unambiguously in the interests of the people of both countries, as well as their leaders, to let journalists do their work.”

Last Tuesday, the Chinese government announced that any U.S. journalists from these outlets whose credentials will expire before the end of 2020 are to “notify the Department of Information of the Ministry of Foreign Affairs within four calendar days starting from today and hand back their press cards within ten calendar days.”

The announcement came two weeks after the Trump administration limited the number of Chinese citizens from five state-controlled media outlets — Xinhua, CGTN, China Radio, China Daily and The People’s Daily — who could work in the U.S. because those outlets had been deemed as “propaganda outlets” controlled by Beijing.

But in Tuesday’s open letter, the three publishers highlighted the work that their journalists have done to cover the ongoing coronavirus pandemic and said the media was becoming “collateral damage” in a “diplomatic dispute between the Chinese and U.S. governments.”

“It is uniquely damaging and reckless as the world continues the struggle to control this disease, a struggle that will require the free flow of reliable news and information,” the publishers wrote. “Our news organizations are rivals. We compete with each other on the biggest stories, including this one. But on this matter, we speak with a single voice. Both countries — and the rest of the world — benefit from having talented journalists, many of them fluent in Chinese and versed in Chinese culture, cover the world’s second largest economy, the center of global manufacturing, and, unfortunately, a population hard hit by one of the worst pandemics of modern times.”