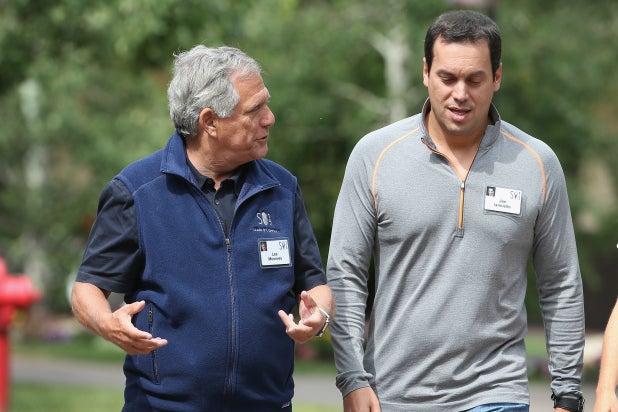 Interim CBS chief Joe Ianniello seems perfect to take over for Les Moonves: He was Moonves’ right-hand man for more than a decade, closing deals and working behind the scenes. Since he left the spotlight to his boss, online photos of him are scarce.

But the close ties that set him up to be Moonves’ successor may also limit his long-term prospects, analysts say.

“Yeah, he’s a likable and well-regarded guy — and he’s done a pretty good job, I think, as COO — but I would be very surprised if he were to transition into the role permanently,” CFRA analyst Tuna Amobi told TheWrap. “It’s not so much that he wouldn’t do a good job, but — the two biggest knocks against him: He’s never run a public company and he’s been in lockstep with Les.”

Also Read: After Moonves' Downfall, Nothing Is Certain at Famously Reliable CBS

CBS may simply want to clean house, even though Ianniello was not connected to the accusations of sexual misconduct, by a dozen women, that led to Moonves’ ouster.

“It’s unclear how long he’ll be interim, but I think we’re talking about a matter of months; not years. Everything suggests to me that he is a placeholder,” Amobi added.

Serving as interim CEO gives Ianniello an obvious inside track to taking the job permanently. Insiders with knowledge of CBS told TheWrap that Ianniello is the only candidate they know of right now.

“We are confident in Joe’s ability to serve as acting CEO,” Shari Redstone, vice chair of CBS’s board, said on Sunday after Moonves’ exit.

Shares of CBS fell as much as 4 percent during trading hours on Monday, the day after Moonves’s departure. And though the stock recovered some of those losses by the market open on Tuesday, shares were still down 2.5 percent from where they were the Friday before Moonves’ ouster.

Also Read: Here's How Many Millions Les Moonves Made During His Tenure as CBS CEO

Ianniello, a graduate of Pace University and Columbia University, joined CBS in 1997, holding a number of key financial positions in the company. He most recently served as chief operating officer, and before that was chief financial officer from 2009 to 2013.

BTIG analyst Rich Greenfield wrote in a note on Monday that CBS has never thought too much about succession planning. Moonves wielded so much power over CBS and its board that he was able to hand-pick his executives without the company looking too far into the future. Moonves’s contract was set to run through 2021.

“As CBS searches for a new CEO, we expect the newly composed board of directors to focus on long-term strategic planning and set up a clear plan for succession,” Greenfield wrote. “Feels likely it will come from outside CBS’ current executive ranks. We also expect significant changes in the executive suite beyond Moonves and Ianniello.”

He’s of the opinion, like Amobi, that Ianniello’s appointment won’t last long.

“We believe Ianniello will likely leave the company before the end of calendar 2018,” he wrote. “Ianniello protected Moonves for years, had a similar focus on short-term cheerleading actions versus real long-term strategy, and was overpaid for years for his support of Moonves”

CBS, led by Moonves, fought hard for Ianniello during the company’s struggle against a merger with sister-company Viacom. Redstone, who controls roughly 80 percent of the voting power in CBS through her family company National Amusements, was pushing for CBS and Viacom to merge, in which case Viacom CEO Bob Bakish would have jumped Ianniello to become next in line for the top job.

The succession plan ended up being one of the major sticking points during negotiations for Moonves’ exit.

As COO, Ianniello helped lead CBS to Wall Street success, and he oversaw the monetization of the company’s content across platforms, including CBS’s successful streaming platform, CBS All Access.

And in 2013 and 2014, sell-side analysts on Wall Street ranked Ianniello the No. 1 chief financial officer.

Amobi expects a lot of focus to be on what Ianniello says now, and ahead of the company’s quarterly conference call to discuss earnings in November.