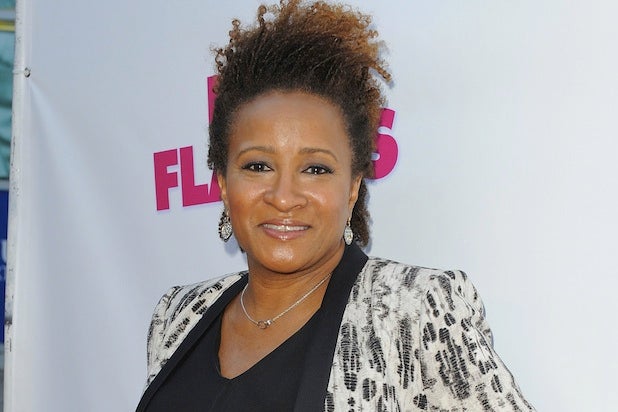 Comedian Wanda Sykes is the latest to publicly criticize Donald Trump on stage, but when her comments were met with resistance, Sykes reportedly flipped off the booing crowd and told them, “f— all y’all.”

During the 22nd annual Comics Come Home fundraiser at Boston’s TD Garden arena over the weekend, Sykes blasted the newly elected president for being a racist, sexist, and a homophobe.

“I am certain this is not the first time we’ve elected a racist, sexist, homophobic president,” said Sykes, according to the Boston Herald. “He ain’t the first one. He’s just the first confirmed one.”

The crowd didn’t react well to Sykes’ comments as they booed her set, to which Sykes responded, “F– you, motherf–ers. F– all y’all. F– all y’all.” Many outlets reported that Sykes flipped off the audience, although that is not clear in the video.

Last month, comedian Amy Schumer made a joke about Trump during her show in Tampa, Florida, which prompted around 200 people to walk out. The Tampa Bay Times claimed Schumer was met with loud booing about halfway through the show when her jokes switched from raunchy subject matter to more topical fare, including gun control and the presidential election.

Sykes’ representatives have not yet responded to TheWrap’s request for comment.

Watch the video of Sykes’ performance below.