(Spoiler alert: This story contains plot details from the Episode 7 of “WandaVision.”)

It’s been Agatha all along! Which, let’s get honest, we all saw coming. “WandaVision” has finally confirmed a long-running fan theory that nosy neighbor Agnes is in fact Agatha Harkness. And as her catchy theme song reveals, Agnes has been responsible for all the chaos injected into Westview: Bringing Pietro to town, Vision learning of his own death, and yes, even killing Sparky.

In the comics, Harkness is a mentor to Scarlet Witch (Wanda’s codename), helping her to hone and control her magic. By the end of this episode though, it seems this Agatha will be more foe than friend. “You didn’t think you were the only magical girl in town, did you?” Agatha taunts, before a flash of purple hits her eyes — and that (very catchy) theme song begins. But let’s talk about that flash of purple — because it seems awfully familiar, doesn’t it?

Also Read: 'WandaVision': Monica Rambeau's Run-In With the Hex Could Help Explain Who Pietro Is

Up to this point, the only purple “magic” we’ve seen has come from the Power Stone. First introduced in “Guardians of the Galaxy,” this particular Infinity Stone is the most destructive. As explained in a conversation between Peter Quill and Gamora, “All Ronan has to do is touch the stone to the planet’s surface and zap. All plants, animals, Nova Corp … everything will die.” 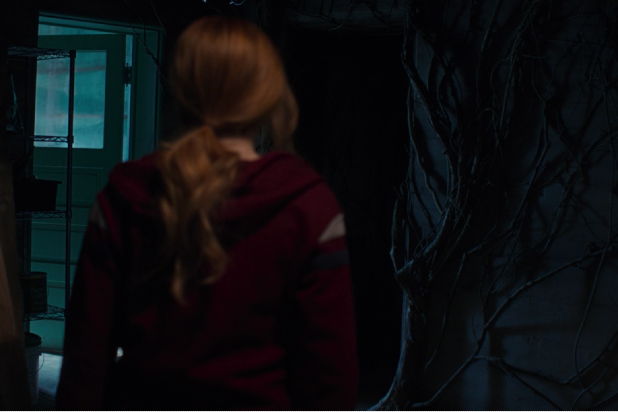 As Wanda meanders in, there’s what appears to be some very dead weeds crawling across the walls. In the mid-credits scene, we see that the dead foliage seems to expand outward, all the way to the cellar door, where Monica finds it in her search for Wanda. Here, there appears to be even more of Agatha’s magic flowing through, once again pulsing with purple energy. 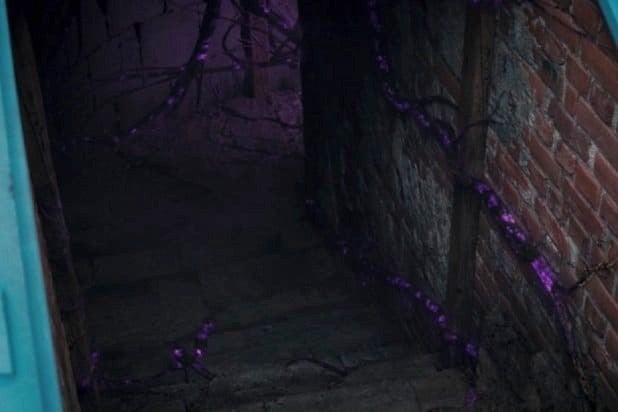 Monica finds the outside entrance to Agatha’s basement (Photo: Disney+/Marvel)

And here’s how the Power Stone’s magic looked in “Guardians of the Galaxy”: 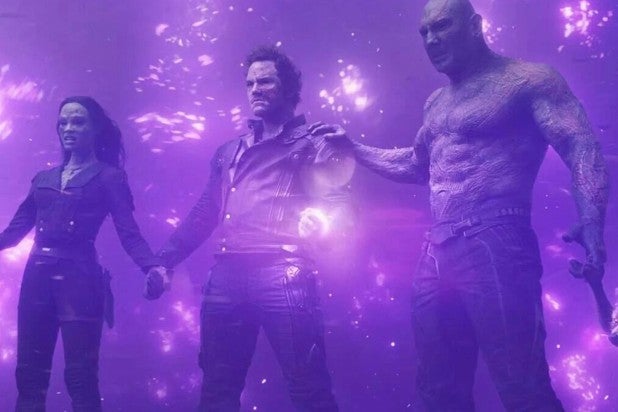 So, did Marvel just bring back the Power Stone?

An argument can be made for that possibility. With Wanda’s powers stemming from the Mind Stone, it’s possible that she was naturally drawn to the energy emanating from another stone, and that’s how she wound up in New Jersey. The Hex is clearly incredibly powerful – so much so that Monica’s industrial space rover can’t even get in – and that kind of power could easily be achieved with two Infinity Stones.

Here’s the rub. First, the Power Stone doesn’t control minds, as Agatha appears to be doing on “WandaVision.” It’s possible she could be literally just controlling people directly of course. But more importantly, the Infinity Saga is over. “Avengers: Endgame” wrapped up that chapter of the MCU, closing out three whole phases dedicated to these entities. For WandaVision to rely on the Stones to power the story once more feels simply lazy. There’s a whole wide world they can play with; they don’t need to be stuck on just one aspect of comic lore.

In fact, in Marvel lore, Agatha’s powers stem from actual magic. It’s extradimensional, and primarily referred to as “chaos magic.” With it, Agatha has the ability to manipulate magical forces to an extensive degree, allowing for teleportation, energy projection, and the tapping of extra-dimensional energy through actual spells.

It’s likely this magic that allowed her to pull Evan Peters’s Pietro into Westview; she teleported him from his own dimension. How exactly this would allow the MCU to open the Multiverse at large remains a bit of a mystery, but Marvel tends to find ways to make it work.

There are still two episodes of “WandaVision” left. Odds are, we’ll definitely get an explanation of some sort on Agatha’s origins. Whether those origins include the Power Stone or not, we’ll just have to wait and see.