Part of the fun of “WandaVision” is how the show has used its sitcom-inspired plot to go extremely meta. And one of the best meta moments came in episode six, which used the premise of a Halloween episode to put Wanda, Vision and their family in their in pretty close approximations of their classic Marvel Comics costumes.

We’d already seen a bunch of promos of Wanda and Vision in those costumes, so we knew it was coming, but it wasn’t until now that we knew just how fully the show would embrace those looks. It started with Wanda, who spent the entire episode in her iconic red headress, leotard and cape. For those curious, the “WandaVision” in-universe explanation was that she was dressed as a “Sokovian fortune teller,” and there was even a helpful flashback to her and Pietro as kids to demonstrate.

Next was Vision, who wore his classic green/yellow spandex suit and gloves, complete with a diamond emblem on his chest and a slightly different emblem on his forehead (where the Mind Stone was placed in the MCU version). On the show however, the getup was explained as Vision’s Luchador Halloween costume; though Vision also indicated that Wanda — or whatever it is controlling Westview — had magically left him no other option but that costume.

Here’s a side by side comparison for reference, ably demonstrating how things that work in comics often absolutely do not translate at all to live action. 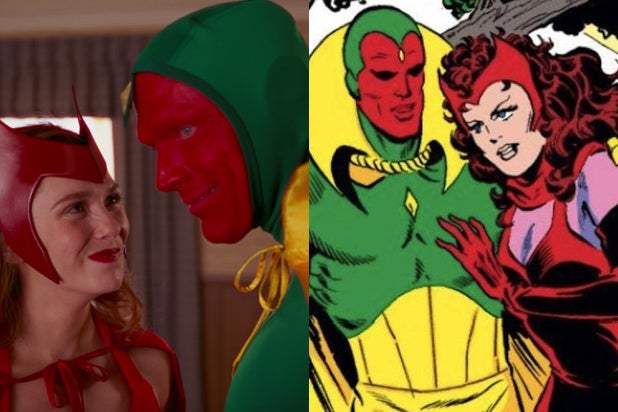 Of course Wanda and Vision aren’t the only citizens of Westview with comic book superhero counterparts, and they also got their own live action recreations of their Marvel Comics get-ups.

First was the weird new/old Uncle Pietro, who volunteers to go trick-or-treating with Wanda and the kids after Vision claims he has neighborhood watch duties to attend to. After Wanda notes that he doesn’t have a costume, Pietro speeds away with Wanda’s son Tommy in tow and quickly returns wearing a blue shirt with a white lightning bolt, and his hair sprayed up into wings on each side of his head. Here’s how that corny, makeshift Halloween costume looks compared to comic book original (which to be honest is also pretty corny). 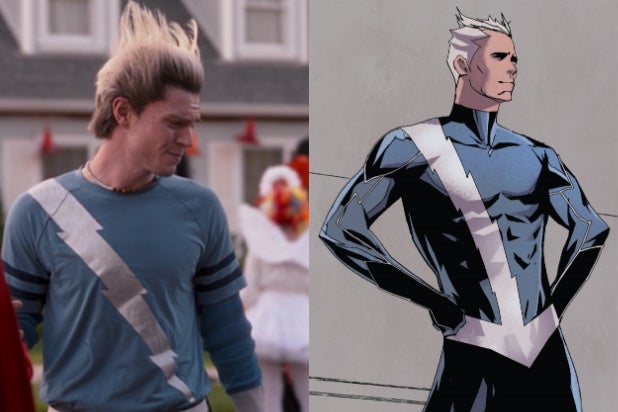 Not to be outdone, even Wanda’s kids get in on the fun. Both of their costumes are the comic accurate ones they end up donning as part of the Young Avengers. Tommy, aka Speed, is dressed in an outfit that’s a mirror image of his speedster uncle, while Billy, aka Wiccan, is dressed in a red cape and headband reminiscent of the powers he carries. (Telepathy and telekinesis, the same as his mom.) 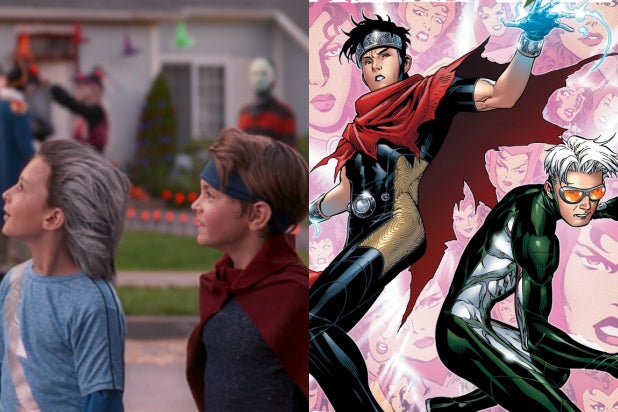 And it wasn’t just the superheroes of Westview who got a chance to poke a little silliness at their characters through their costumes. When Vision finds Agnes stopped at the edge of town, she’s wearing — what else? — a witch costume. Since Agnes is long suspected/rumored to be Wanda’s witch mentor Agatha Harkness, we have to wonder if this is foreshadowing here…or if “WandaVision” is just trolling fans.

Also Read: 'WandaVision': Is This Disney Store Sweater a Big Clue to What's Next for Monica Rambeau? 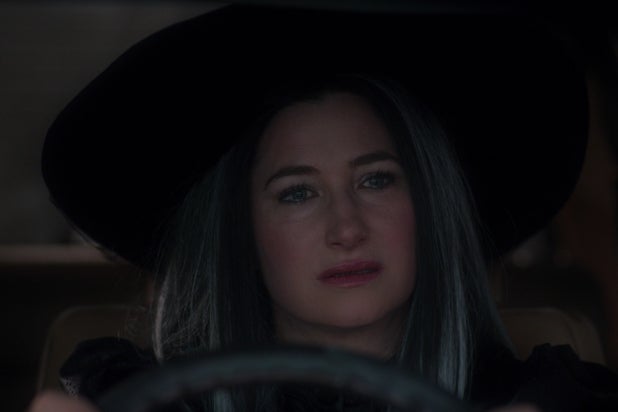 Even though these costumes were just for fun, it’s still cool to see the Marvel using its billion-dollar franchise to play around with its own origins like this. When Wanda says to Vision “Thank you for humoring me and wearing this ridiculous get-up, honey,” it feels like a not-so-subtle nod to the fact that while superhero costumes have always been over the top, the silver age of comics (when all these characters were created), particularly at Marvel, was another level entirely.

Sure, Spider-Man, Iron Man, Black Widow, the Hulk and Black Panther all lucked out with some pretty timeless looks that still rule even today. But let’s shout out to the outlandish and, let’s be honest, hilariously goofy looking costumes of their peers like Hawkeye, Falcon, Loki, and yes, Wanda and Vision — and to the costume designers who turned them into the movie icons we know and love.