What exactly does life after “WandaVision” like for Wanda and Vision?

The penultimate episode of the series proved this week that yes, there originally was a plan for that. It just wasn’t for life after “WandaVision” – it was for life after Thanos. In the years between “Captain America: Civil War” and “Avengers: Infinity War,” Wanda and Vision really were planning for something resembling happily-ever-after. But after everything we saw this week, is that still even possible?

After the uh, revelatory events of episode 8, “Previously On,” and with just one episode left, there are a lot of hurdles in front of them. And it sure looks like WandaVision the couple might be as not-long-for-this-earth as WandaVision the show.

As we saw late in the episode, after seeing Vision reduced to mere parts by S.W.O.R.D. researchers (more on that in a moment), Wanda says a pained goodbye to his body and leaves for Westview, New Jersey because, as it turns out, Vision bought property for them there. “To grow old in” is the final message Vision left Wanda. They had planned for a future together. 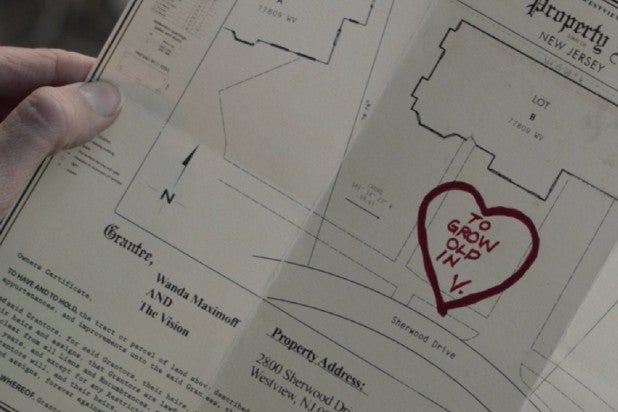 That turned out to be the final straw. That’s the piece of the puzzle we’ve been looking for: How and why Wanda created the Hex. As Agatha tells her at the end, it’s pure “chaos magic,” borne out of grief for her true love.

Now, obviously, per “Avengers: Endgame,” the Infinity Stones were destroyed, including the Mind Stone that essentially comprised Vision. We assumed this meant that whatever brought Westview Vision to ‘life,’ it wasn’t that.

But then came THAT moment in “Previously On.” You know, where Wanda’s magic basically just exploded a brand new Vision out of her? Most of it was her signature “Red Wiggly Woos,” but there was also some gold in there – which as the episode reminded us several times prior to that moment, was the gold of the Mind Stone. 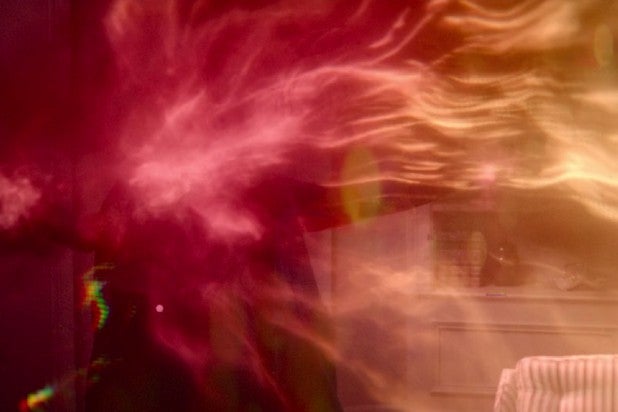 Despite what Hayward told Monica Rambeau, Jimmy Woo and Darcy Lewis a few episodes back, it turns out Wanda didn’t actually steal Vision’s corpse from S.W.O.R.D. HQ; she crafted an entirely new one on her own. And while there’s no way to know this for certain just yet, it sure looked like Wanda gave up the power of the Mind Stone to do it.

So, is Vision an illusion of the Hex? Or is he a real being created by a somehow-reconstituted version of the Mind Stone? Right now we’re leaning toward some form of the latter — he has after all repeatedly demonstrated self awareness and an ability to resist Wanda’s mind control, to the extent that he can even free other residents of Westview from it. And if he’s alive, that means he could die. Again.

Remember, whether he’s an illusion or real, he started disintegrating when he left the boundaries of the Hex. That presents the very real possibility that when Wanda finally brings the Westview illusion to an end, Vision will also have to go. And His (third) death would make all of this a moot point.

But let’s say he does survive – where does that leave his relationship with Wanda?

At the start of “WandaVision” it was clear that Vision was as enamored with his now-wife as ever, albeit a little dazedly. He clearly had questions about things — like what their life was before they moved there, or what exactly it is his employer does — but his love for Wanda? That wasn’t one of those questions. This sitcom reality gave them what they had been searching for for two years prior to Infinity War: time. Time, and peace. In Westview, Wanda and Vision could just be in love, without worrying about saving the world.

Obviously, things fell apart quickly. Realizing that he had no memory of his life before Westview, Vision began to investigate, before having a near full-on panic attack. “Before what? I can’t remember my life before Westview. I don’t know who I am,” Vision screams at Wanda in episode 5. 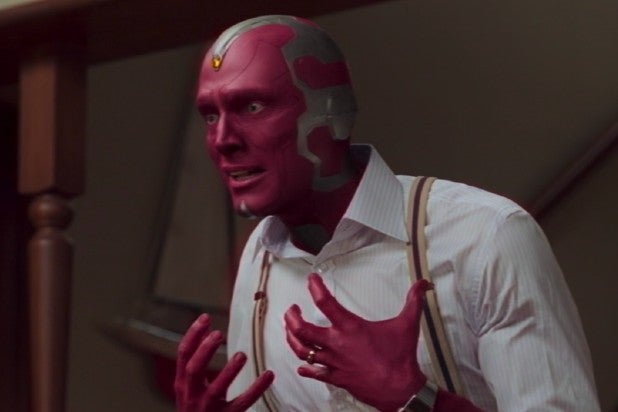 But that reality – what exactly happened to Vision before Westview – is too painful for Wanda to bear, let alone reveal to him, so she continued to keep him in the dark to preserve the reality she crafted for herself. By episode 6, Vision is outright lying to her so he can find answers himself.

Also Read: 'WandaVision' Might Have Finally Confirmed the MCU Multiverse

Looking back on what we see of their relationship in “Civil War” and “Infinity War,” Vision consistently fought to stay by Wanda’s side and always had this unshakeable faith in her – even after the Lagos incident. The closest he ever got to being cold was the moment where he tells Wanda not to become the monster they fear she is. (Ironically, her response is that she’s unable to control other people’s fear, only her own. In Westview, the opposite seems to be true).

We get to see even more of this era during the flashbacks in “Previously On,” in a touching scene set shortly after the events of “Avengers: Age of Ultron,” where Vision reaches out to comfort Wanda, who is still grieving the death of Pietro. Notably, they bond while watching an episode of “the Dick Van Dyke Show,” further establishing why Wanda retreated into a sitcom fantasy in the present day.

Now, Vision’s core need for information combined with Wanda’s refusal to ever talk about her grief (which apparently has been a thing since she and Vision began connecting in that flashback) has created a disconnect. That gap is only thrown in sharper relief when he literally says in episode 7 that he feels bad about what he and Wanda have apparently gone through, but it feels like it happened to someone else. And that disconnect is starting to go both ways.

Though Wanda saves her husband by expanding the borders of the Hex, she tells her sons the next morning that she can’t control if Vision wants to be home with them, so they shouldn’t worry so much about where he is.

Obviously, this is a manifestation of Wanda’s depression; she clearly cares very much that her husband is avoiding her, she just hasn’t found an appropriate way to cope. And really, Vision still cares very much about her. In episode 7, he abruptly stops his “interview” to go to Wanda, bewilderedly saying “What am I doing… I have to get back to my wife.”

As Darcy Lewis tells Vision in episode 7, the love he and Wanda have for each other is real. This week, we even got to see its origins, with the memory of Wanda and Vision bonding over her sitcoms triggering her to reveal her journey to S.W.O.R.D. headquarters to retrieve Vision’s body.

Also Read: 'WandaVision': Monica Rambeau's Run-In With the Hex Could Help Explain Who Pietro Is

Assuming someone finds a way to keep Vision functioning outside the Hex, he and Wanda are going to have a lot of work ahead if they want to rebuild. Some serious couple’s therapy may be in order.