The Marvel Cinematic Universe is coming for the Emmys. The hit-making studio landed its first-ever Emmy nominations on Tuesday for its Disney+ series “WandaVision” and “The Falcon and the Winter Soldier.”

“WandaVision” was the second-most nominated show with 23 nominations, including ones for stars Elizabeth Olsen and Paul Bettany, who reprised their MCU roles as Wanda Maximoff and Vision, as well as the show itself for outstanding limited series. Kathryn Hahn was also nominated in the supporting actress category for her role as Agatha Harkness.

And yes, Hahn’s chart-topping hit “Agatha All Along” scored a nomination for outstanding music and lyrics. 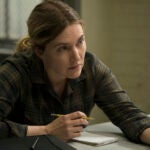 Overall, Marvel Studios got 28 nominations, with “The Falcon and the Winter Soldier” scoring five, led by Don Cheadle for guest actor in a drama series for reprising his role as James Rhodes/War Machine. That helped Disney+ land 71 nominations, which was third overall among all platforms.

Both series were Marvel’s first foray into episodic television after a decade of box office dominance, which re-started after a lengthy absence last weekend with the much-delayed “Black Widow.” The third series, “Loki,” which wraps up its first season on Wednesday, premiered after the Emmy eligibility cutoff.

Check out the full list of Emmy nominees here. 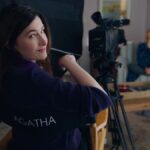