“WandaVision” was never intended to be the start of Marvel’s Phase Four. Even so, it’s doing a brilliant job setting things up – especially when in comes to “Loki.”

“Loki” will be the third Disney+ Marvel series, following “Falcon and the Winter Soldier,” and is set to premiere on the streaming service on Friday, June 11. We’ve already gotten quite a few nods to the show in “WandaVision,” and this week’s episode might’ve given us another one.

It’s a blink-and-you’ll-miss-it moment, one that may have even been unintentional. (But does Marvel ever do things unintentionally?). It comes around the 13-minutes mark, as Wanda and her family prepare to watch an episode of “The Dick Van Dyke” show for their “TV night.” A young Pietro asks what exactly “shenanigans” are, as this show seems to hinge on them.

Also Read: How 'WandaVision' Has Ties With 'Loki' and 'Ant-Man and The Wasp: Quantumania'

“Shenanigan is like problem, but more silly than scary, but can sometimes be a little scary” a Young Wanda explains to her brother. “Yeah, like mischief” their Mother adds.

Listen, “WandaVision.” You can’t just casually drop the word “mischief” in the MCU. “Mischief” has an entire God associated with it. One that’s getting his own series in a matter of months. So, was this a nod to Loki? Or are we simply conditioned to look for clues in every second of every scene now?

It’s very possible that this was just a harmless piece of dialogue, and the writers needed a synonym for “shenanigan.” But “WandaVision” has already established some direct ties to “Loki.”

Also Read: 'WandaVision': Is It Even Possible for Wanda and Vision to Get a Happily Ever After?

In episode 7, “WandaVision” ran another fake commercial. This one was for an antidepressant called “Nexus,” and likely served as a not-so-subtle tease at Wanda being revealed as a Nexus Being.

A Nexus Being is a person so powerful that they can basically rewrite reality. As Agatha revealed in this week’s episode, Wanda didn’t actually get her powers from the Mind Stone; she was born with them, and the Infinity Stone just gave them a cosmic boost. Wanda’s magic is actually chaos magic.

It’s likely only a matter of time before Wanda is confirmed (officially) as a Nexus Being.

In Marvel lore, one of the groups that monitors Nexus Beings is the Time Variance Authority, also referred to as TVA. It’s the organization that Owen Wilson’s character in “Loki” works for, and that apparently captures Loki after his escape with the Tesseract. (Read more about it here.)

Notice the big “TVA” stamped on his jumpsuit in the “Loki” trailer: 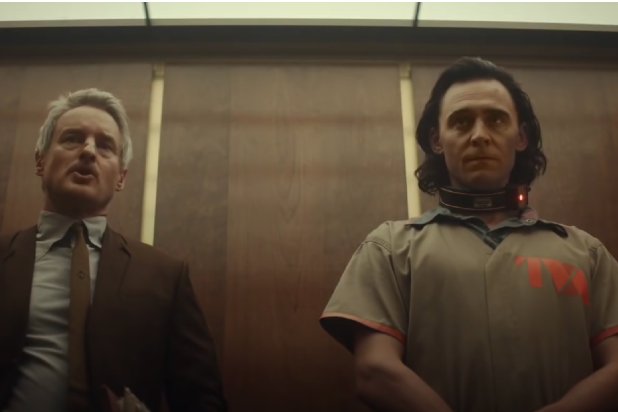 Assuming Wanda is revealed as a Nexus Being in the MCU, it seems likely that she’ll encounter the TVA, and in turn, have her first encounter with Loki. (Up to this point, Wanda has only interacted with Loki’s spear, not the God of Mischief himself).

Wanda’s parents’ mention of mischief could be the very first allusion to Wanda encountering it in human form. Or, we could be stretching because Marvel has us trained to do so. But there are very few coincidences in the MCU.