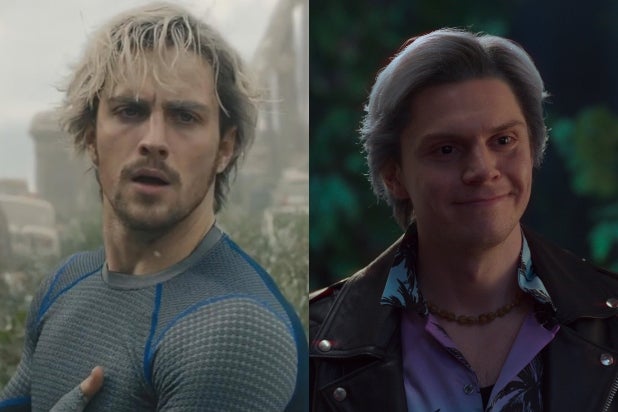 (This post contains spoilers from the finale of “WandaVision” on Disney+.)

It sure sounds as if, were “WandaVision” not able to get Evan Peters, that whole “fake Pietro” plotline would not have happened. Head writer Jac Schaeffer admitted to TheWrap she thinks that nobody else but Peters would made the “recast” of Wanda’s dead brother work.

And though she’s well aware of why Peters’ shocking appearance works on the multiple levels that it did, she also argues fans kind of missed the point of him showing up at the end of the fifth episode.

“I think there’s a lot of frenzy about what does it mean. And I think that people sort of skip over the emotional resonance of it,” she said. “Because Wanda is shocked to see this person on her doorstep, and she doesn’t know what to make of it. And it’s totally destabilizing for her. And that’s what the audience to a degree felt themselves. I don’t think it could have worked with anyone else.”

Marvel Studios chief Kevin Feige told critics last month that the idea of swapping out Aaron Taylor-Johnson, who played the character in his lone MCU appearance in “Avengers: Age of Ultron,” for Peters came pretty early the process. Schaeffer said they went ahead and wrote that part of the show before Peters was officially on board.

“The idea of it was very early,” she said. “I can’t remember when we finally — when it was confirmed that he was going to be on set. I wish I could remember. I think it was late. We were just fingers crossed for the longest time.”