(Warning: Big spoilers ahead for the finale of “WandaVision.”)

In an interview with Jimmy Fallon this week, Elizabeth Olsen promised that the “WandaVision” finale would be “a complete tee-up” for Wanda’s arc in “Doctor Strange in the Multiverse of Madness.” Now we know what she meant.

Hopefully you stuck around for the full credits and didn’t just check out after the mid-credits scene. Because in the scene that plays after the credits end, Marvel appears to have set Wanda’s “Doctor Strange 2” arc, and in no small way.

In the post-credits scene, we find Wanda living in a remote cabin somewhere near some mountains. It seems like she’s just relaxing in her yoga clothes, but as she goes to pour herself some tea, the camera continues zooming to the backroom of the cabin, where we find Wanda yet again – this time as an astral projection. 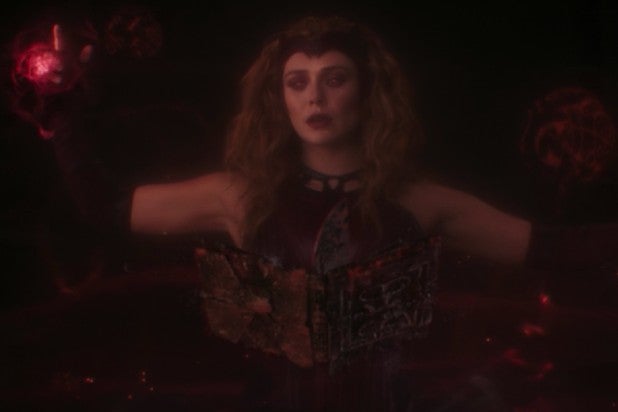 In her astral form, Wanda is once again the Scarlet Witch, and she’s perusing the Darkhold — the “book of the damned” that, according to Agatha, has an entire chapter about the Scarlet Witch — and she’s (we assume) learning about her powers.

In case you forgot, here’s what the Darkhold looks like: 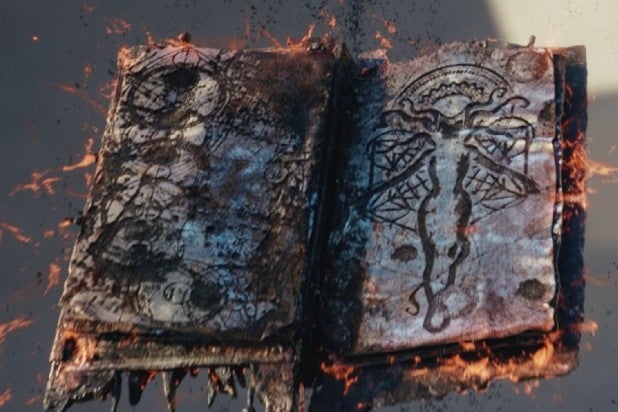 Darkhold – The Book of the Damned (Disney)

Clearly, she’s already picked up a few things if she’s masterfully handling the art of astral projection. It’s not altogether surprising however. Though “WandaVision” didn’t explicitly establish Wanda as a Nexus Being, as Agatha points out in the episode, “your power exceeds that of the Sorcerer Supreme.”

The Sorcerer Supreme is the title held by the magical person tasked with defending Earth against magical threats, and the current title-holder is of course Doctor Stephen Strange. Now, we all know Wanda is going to be a major character in “Multiverse of Madness.” But don’t forget that even before he was the Sorcerer Supreme, Strange was using astral projection to enhance his multitasking abilities… just like Wanda does in the “WandaVision” finale.

So uh, it looks like Stephen Strange will be given a run for his money in “Multiverse of Madness.” Or maybe, he’ll give Wanda some sage advice. Either way, we’re pretty sure Wanda likely won’t be an adversary to him. As “The Series Finale” – which, not for nothing, probably gives us a good indication on if a second season of “WandaVision” was ever a possibility – shows, Wanda isn’t trying to hurt people with her magic. She just can’t control it.

At this point, we still have no idea what the story for “Multiverse of Madness” will be. But it seems unlikely that Wanda would suddenly turn into a villain. Odd are, she’ll join  Doctor Strange as a hero, and further hone her powers.