There’s only one episode of “WandaVision” left, and a whole lot of questions remain. But we’re concerned here with one that might perhaps be overshadowed by all the huge revelations from episode 8: Where the hell is “Pietro”?

Our favorite funcle (that’s fun uncle…funcle…you got it) showed up out of nowhere at the end of episode 5, played by Evan Peters and looking completely different from the version we all saw in “Avengers: Age of Ultron” played by Aaron Taylor-Johnson. He was a major player in episode 6’s Halloween goings-on, but after he taunted Wanda about her dead husband, she booted him out of the Vision household.

By episode 7, Wanda had figured out for certain he was not her brother. But we know he was still in Westview, as he popped up to startle Monica Rambeau in that episode’s mid-credits scene. So, where was he for all of this week’s episode, “Previously On”?

The real Pietro, of course, is on another continent – full of holes, as Agatha so cruelly reminded us. Last we saw him, his corpse had been loaded onto a transport by Hawkeye. We never knew what happened to his body for sure, and a small part of me believed S.W.O.R.D. might’ve had that too. But apparently, the real Pietro was given the respect of burial in his home country of Sokovia.

In “Previously On,” Agatha officially confirmed that Fake Pietro – “Fietro, if you will,” she joked – is her puppet. He’s not an illusion or figment of Wanda’s psyche, he’s an actual person. “No, it wasn’t literally me. Just my eyes and ears” Agatha tells Wanda in her bewitched basement, calling it “a crystalline possession.”

While we don’t know exactly what “crystalline possession” entails – or what it means in regards to Pietro’s dimension of origin – it seems safe to assume that Pietro is nearby. Especially because, as Agatha laments, her magic has limits. She can’t control people who are miles away on the outskirts of town the way Wanda can.

Of course, that doesn’t nail down where exactly he is. But I have a few educated guesses.

During her obligatory villainous monologue, Agatha does mention transmutation, as she turns a massive fly (maybe a cicada? Some sort of bug?) into a bird. It’s not outside the realm of possibility that Agatha transformed Pietro into something else. After all, she’s been studying how to do it for years.

Second, assuming that Pietro took Monica captive after dropping a quippy “Snoopers gonna snoop,” Agatha would likely need him standing guard over the Captain – especially now that she’s seemingly developed her own set of powers. So perhaps Pietro is just through a side door in the basement. 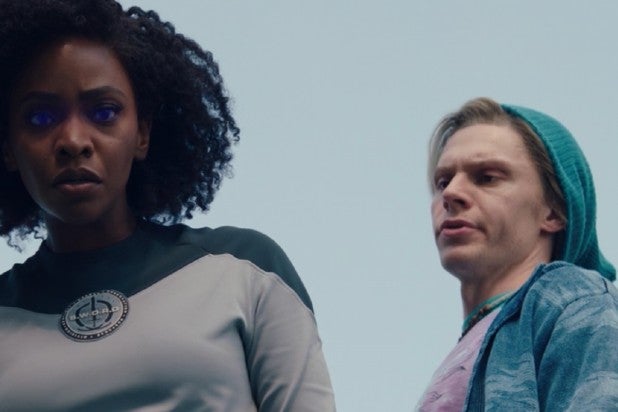 Third, this week’s episode was all about exploring Wanda’s traumas. Since Wanda already severed ties with “Fietro” during the Halloween bash, it’s unlikely Agatha could get any therapeutic use out of him. So maybe, just maybe, she let whoever he really is out from under her spell and set him free.

Which brings us to four: What if the fan theory that he’s from another part of the multiverse turns out to be true, and Agatha sent him back to wherever it is he came from? This is likely the least probable option. So far, “WandaVision” definitely hasn’t actually gotten around to establishing that the multiverse even exists. And “Fietro” has been too big a part of the plot to just disappear without explanation.

Either way, we’re likely to see him once more before the end of next week’s finale. Or at least…we better” Next to Vision, this Pietro’s existence in this reality is the biggest question mark heading into the “WandaVision” finale. We need to know if he’s sticking around.