I’ve now gotten the letter written by Danaher, and it’s a doozy.

In it, she accuses Phil Berk of a "disgraceful slur" against her, of badmouthing her to other members and to taking sides in the battle over new members.

"I, in common with others, have attempted to speak reasonably and without hysteria about proposals to elect new members whose activities would have a seriously negative impact on the financial security of myself and other member," she writes. "Not having been given the elementary courtesy of prior consultation about these proposed members, I, with others, was subjected to quite shocking harassment, vilification and bullying by certain senior members determined to force through these highly contentious nominees without full and fair consideration of the serious interests at stake."

Danaher says she reserves the right "to bring a grievance, among other remedies, against you for abuse of your office in seeking to influence the vote of members by circulating disparaging and damaging falsehoods about me."

She concludes:  "The process of electing new members this year has been irretrievably tainted by the bad behavior that has been permitted to go on. If you persist in going forward with these tainted nominations,  you must not put your thumb on the scales."

The membership meeting tomorrow should be pretty interesting.

War has broken out in the ranks of the Hollywood Foreign Press Association, owner of the Golden Globe awards, over a slate of new candidates that some existing members fear will take away their livelihood.

In a letter sent to association President Philip Berk, Irish member Patricia Danaher threatened to drag him before the group’s grievance committee for supporting Lesley O’Toole to join the group.

Reached by TheWrap, Danaher confirmed she had written the letter, but declined to comment further. Berk did not respond to an email.

Danaher and other British writers, including John Hiscock and Gabrielle Donnelly, consider O’Toole a threat who might crowd them out of writing for their outlets, according to knowledgeable insiders.  (Update: Reached by phone, Hiscock said he was "not part of this" and "I just want to get on with my work." Hiscock writes for The Daily Telegraph.)

But O’Toole is being backed by a powerful faction that is causing an open rift in the association.

The battle may be over who gets to control the market in writing for UK publications, but the problem is a perennial one for members of the Foreign Press, who get unmatched access to movie stars – including access to transcripts from HFPA news  conferences – because of the prominence of the Golden Globes.

The 84-member group accepts only five new members a year to protect those and other privileges, such as free travel to two film festivals per year. Under public criticism the group has changed its rules so that a simple majority is all that is needed for a new member to win lifetime acceptance. (In the past, any single active member could block a new candidate. Active membership requires producin 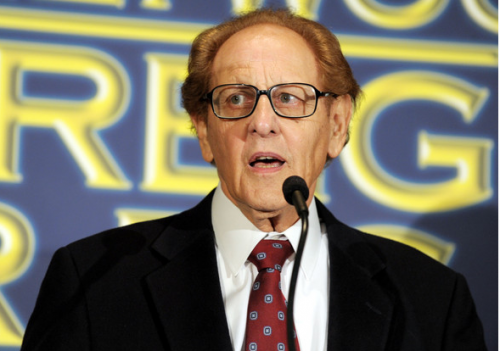 g a handful of news articles per year.)

But that rule is creating its own tensions within the organization, and a general membership meeting on Tuesday afternoon about the issue is expected to be “an all-out war,” as one member who declined to be identified put it.

The letter, read aloud by Berk at a recent membership meeting, was the most public aggression in the conflict, but members say that angry phone calls and emails have ratcheted things up in the past week.

The temperature has risen over a total of nine new candidates who are under consideration to join the Foreign Press Association, including O’Toole, Palestinian Husam Asi, Italiain Maristella Santambrogio and Alex Kazanegras, the nephew of deceased member Yanni Begakis.

Each member has to be sponsored by two active members, which has encouraged political posturing within the group.

With only 84 members, it may be difficult for five candidates to achieve a simple majority of 43 votes since the votes will be divided among so many entrants.

Always very political, the Foreign Press is currently split into duelling power blocs , particularly over this issue. Berk is aligned with Judy Solomon and Jenny Cooney against the British journalists 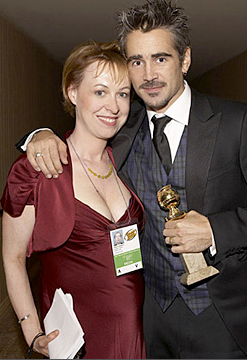 An Italian faction is led by former president Lorenzo Sorio.

A representative at Sunshine Sachs, the group’s new publicist did not immediately respond to an email seeking comment.

Many HFPA member rely on their access to the press conferences to make their living, which is often meager at that. Members often have to scramble and find other jobs to supplement their income. And after years of criticism that many members were not journalists at all, the group has made an attempt to be more professional, but still suffers from a reputation of being a group of freelancers with a very important awards show.

As for Danaher, her website (patriciandanaher.net) describes her as an Irish writer.

“Having spend (sic) many years working as a political correspondent in Ireland, a Nieman fellowship brought me to the USA, from where I now write on a variety of topics for many major newspapers and magazines in Ireland and the UK,” she writes. The site has links to articles in Irish Bride and HQ magazines.

O’Toole could not be reached; she has written for The Independent of London. She is being sponsored by Lilly Lui of Hong Kong and Scott Orlin, who writes for German publications.

In the factional battle, Berk is joined in supporting O’Toole by members Jenny Cooney and Judy Solomon.

“The Idea is O’Toole would help control the UK market,” said another insider.

The alternate British candidate would be Husam Asi, a Palestinian who writes for both British and Palestinian outlets.

Here is the full list of candidates, and their sponsors: