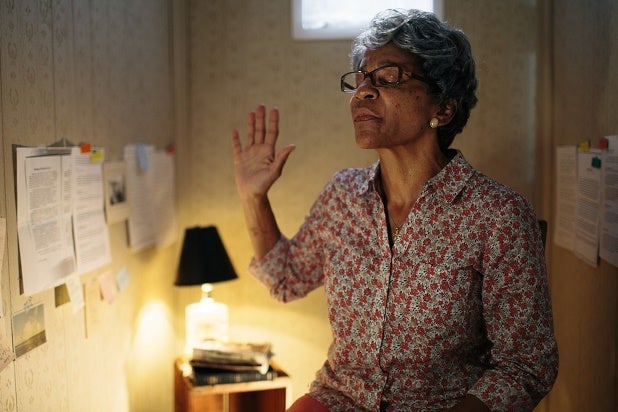 “War Room,” the low-budget movie about the power of prayer that broke out at the box office this weekend, is the latest example of audiences making a hit out of a film that the critics panned.

It’s not unusual for critics and audiences to be divided, particularly in the summer, since superhero and action films aren’t necessarily intended to be high art, simply crowd-pleasers. Last year, Michael Bay‘s “Transformers: Age of Extinction,” Angelina Jolie‘s “Maleficent” and “Teenage Mutant Ninja Turtles” all were beaten up by critics but went on to box-office success.

But rarely is the divide between critics and the crowds so great as it is when it’s a religiously-themed movie, and “War Room” provided a spectacular example of that this weekend. Ripped by critics, the film doubled the predictions of box-office analysts with $11 million and came in second, leaving other high-profile openers in the dust. It even knocked defending champ “Straight Outta Compton” out of the No. 1 spot nationally on Friday, its first day of release by Sony’s Affirm Films.

“War Room” was produced, directed and co-written by Alex Kendrick and features a mainly African-American cast topped by T.C. Stallings and New York Times best-selling Christian author Priscilla Shirer. The two play a middle-aged couple struggling in their marriage until they meet a stranger (Karen Abercrombie) who points out the power of prayer.

It has been reviewed by 12 critics on aggregation site Rotten Tomatoes, a relatively low number. Of the reviews, ten are negative and two are positive, adding up to an overall rating of just 17 percent “fresh.”

That’s in line with the low scores for other recent faith-based films including “God’s Not Dead” (16 percent fresh), “Son of God” (21 percent) and “Mom’s Night Out.” (16 percent), “Exodus: Gods and Kings” (27 percent). Darren Aronofsky‘s “Noah” bucked the trend with a 77 percent positive ratings — though many of the Christian faithful stayed away from theaters —  and the Greg Kinnear film “Heaven Is for Real” was at 46 percent.

With so many negative reviews of films in this genre, it’s easy to wonder if Christian-themed movies just rub reviewers the wrong way. Another factor may be that critics and journalists in general are typically seen as a group more secular than religious.

“These movies aren’t aimed at the critics,” Paul Dergarabedian, senior media analyst at Rentrak, told TheWrap. “Faith-based movies are preaching to the converted, literally. That’s what they do and they serve an important purpose in that, for years and years, those audiences have felt that Hollywood was leaving them out, and not making movies for them.”

And many of the independently produced faith-based films are done on extremely low budgets, are devoid of top stars and cut corners in terms of production values to keep costs down, so it’s likely some don’t measure up, at least technically.

But none of that seems to bother the faithful, who flock to some of the films, encouraged by the grassroots and church-based marketing campaigns that target them.

“Faith-based audiences are smart about these movies delivering what they want to see,” Sony’s distribution chief Rory Bruer told TheWrap. “They know what they’re looking for and a critic’s opinion isn’t going to sway them. In today’s world of social media, audiences have a good handle on what a movie is about, and whether it’s for them or not.”

Given the chance to give a grade of their own to “War Room,” audiences that were 80 percent over the age of 25 years and 60 percent female awarded it a rare “A+” CinemaScore.

The bottom line is that both camps may be right, at least from their own perspective. Critics may be justified in finding flaws in the production values, how the message is delivered and overall execution. And audiences can be right on the money when they say the movie was exactly what they’d been looking for.