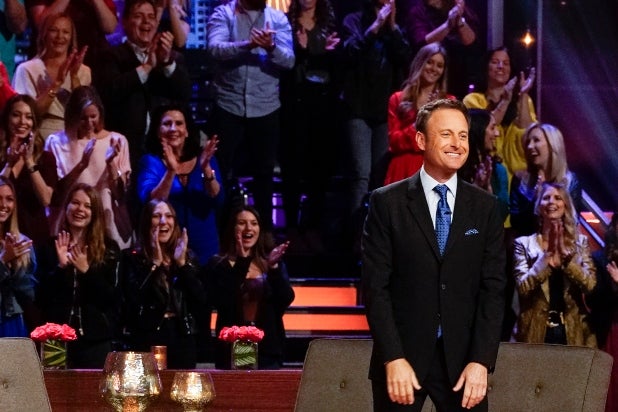 In light of recent coronavirus concerns, guests set to attend Tuesday night’s live finale of “The Bachelor” are being asked to confirm that they haven’t traveled to a high-risk location in the last three weeks.

Warner Bros., the studio behind the ABC dating franchise, confirmed that “precautionary measures” are being taken in a statement to TheWrap Tuesday.

“In response to the impact of the COVID-19 (coronavirus), we are asking all guests to confirm they nor any member of their household have not traveled within the past three weeks to or through a location that has been deemed ‘Level 3’ by the CDC,” a rep for Warner Bros. said. “These new and temporary precautionary measures have been put in place out of an abundance of caution and out of concern for the health and safety of our guests and staff.”

The decision to keep the live studio audience element of the finale intact stands in contrast to “Jeopardy!” and “Wheel of Fortune,” both of which decided they would not be taping in front of a live studio audience Monday. The decisions come as more and more large public gatherings are being canceled out of fear of spreading the highly contagious virus.

The live finale of “The Bachelor” Season 24 will air at Tuesday at 8 p.m. ET/PT on ABC.