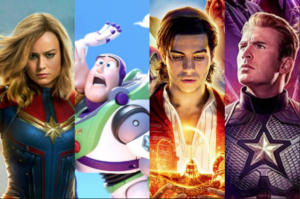 Disney Tightens Grip on 2019 Box Office as Other Franchises Struggle

Why New Warner Bros. CEO Ann Sarnoff Could Be Just What Hollywood Needs

”She’s got one of those rare executive brains that understand the content and creatives, as well as the business,“ former Nickelodeon president Geraldine Laybourne says

Warner Bros. may have found just what it was looking for in Ann Sarnoff, industry insiders tell TheWrap.

In what came as a surprise to those unfamiliar with Sarnoff, WarnerMedia announced on Monday that it had named Sarnoff as the new head of its film and TV studio — a post left vacant by the exit of former chairman and CEO Kevin Tsujihara in March.

Sarnoff’s roots may not be firmly planted in Hollywood, but industry insiders are high on her executive experience and believe her background gives her what it will likely take to lead Warner Bros., which at roughly 100 years old is one of the largest and most storied production operations that spans film, TV, digital, gaming and consumer products.

Sarnoff’s history in transactional business experience, including her work at PayPal and BritBox, seems to be a highlight for industry insiders.

Ross Gerber, CEO of media investment firm Gerber Kawasaki, said that Sarnoff has exactly the kind of experience a CEO of a studio needs in today’s industry, especially as parent company WarnerMedia works to jump into the world of streaming with the launch of its direct-to-consumer service.

Not only does Sarnoff have a command of the content side from her days working with Viacom and most recently BBC America, but she understands the technology, as well as the granular aspects of overseeing and operating a subscription-based streaming platform.

“She’s that perfect combination of content, digital and transactional,” Gerber said. “She’s probably the most qualified person who hasn’t been a CEO… She should have already been a CEO, honestly. This is a great move. I was concerned at first because [Tsujihara] was doing a good job, but all things considered, I think they’re actually better off now.”

In addition, she serves as chairman of the board for BritBox, a joint venture of BBC Studios and ITV plc, focusing on streaming British TV.

Sarnoff appears to have the confidence of Hollywood insiders and executives, though all will be looking to her ability to lead a massive enterprise while overseeing a cultural turnaround, which will be paramount considering the circumstances under which she is taking over.

Industry insiders acknowledge the tough road ahead but believe Sarnoff can pull it off.

Tsujihara left in March in the midst of an investigation into his behavior, specifically regarding a past sexual relationship with actress Charlotte Kirk and whether the actress was given roles in Warner Bros. films because of it.

“She is the ideal person to lead Warner Bros. at a time when the industry is rapidly changing,” Silver continued.

Geraldine Laybourne, a driving force behind the creation and growth of Nickelodeon in the ’80s and ’90s, worked with Sarnoff at the network when Sarnoff served as executive vice president of consumer products and business development.

In the early days of Nickelodeon, executives had to be flexible, Laybourne said.

“I don’t think there’s a lot that scares her,” she said. “Hollywood could use more executives like her. She’s got one of those rare executive brains that understand the content and creatives, as well as the business.”