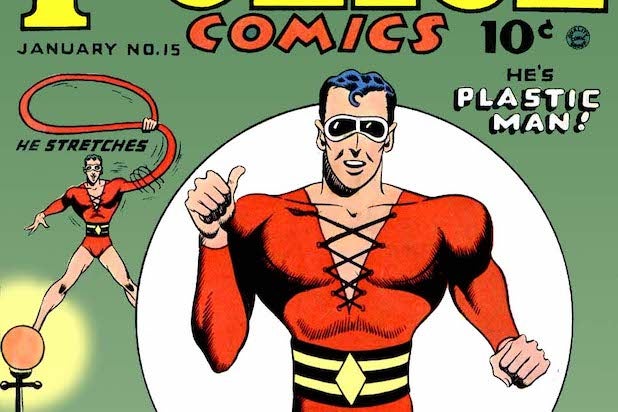 Warner Bros. and DC keep expanding their superhero slate as they are actively developing a “Plastic Man” movie, an individual with knowledge of the project tells TheWrap.

Rising screenwriter Amanda Idoko has been tapped to write the comedic action-adventure script.

“Plastic Man” was created by cartoonist Jack Cole for Quality Comics in 1941 and was later acquired by DC Comics. The character’s true identity is Patrick “Eel” O’Brian and the character was one of the first superheroes to incorporate humor into mainstream action storytelling.

“Plastic Man” has been published in several solo series and has interacted with other DC superheroes such as Batman. He was even a member of the Justice League at one point.

Idoko was a staff writer on ABC comedy “The Mayor” about a hip-hop artist who wins a city election. Idoko made the Blacklist with “Breaking News in Yuba County,” which has Allison Janney and Laura Dern set to star. Tate Taylor will direct the film which is scheduled to go into production in 2019.

Idoko is repped by WME.