The soon-to-be Warner Bros. Discovery will have “plenty of money to spend” on content its soon-to-be head honcho David Zaslav (pictured above) said on Thursday. But that doesn’t mean they’re going to just haphazardly make it rain. 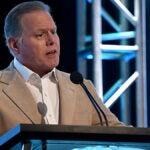 “We are currently spending at a peak level — or at least the highest level that we have seen in the history of this company,” Wiedenfels said on Thursday. “We spent more than $4 billion for content in 2021 at Discovery alone — and obviously also on the WarnerMedia side they’ve been increasing the spend. So we are definitely spending enough from my perspective. The key question is going to be, how much is going to be enough going forward?”

But money they do have. “We’re going to be generating $8 billion or more in free cash flow,” Zaslav said on the same conference call. “So we have plenty of money to spend.” 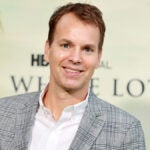 “The key to these (streaming) platforms, which is true of free-to-air channels and cable channels, is you spend enough that you could nourish an audience that they want to spend time with you, and that they feel that you’re the place that they want to be and you’re important,” Zaslav concluded.

AT&T is spinning off its entertainment company, WarnerMedia, into a new mega-corporation with Discovery. The merger is expected to close in the April-June 2022 quarter.