In a significant studio shakeup under the shadow of a looming merger, Warner Bros. on Tuesday promoted Toby Emmerich to chairman of the motion picture group, with veteran marketing-distribution head Sue Kroll stepping aside to a production deal.

Emmerich will now effectively lead the film studio, with oversight from Warner Bros. Chairman and CEO Kevin Tsujihara, who also handles TV and gaming divisions . He will have green-light authority, the studio confirmed, meaning decision-making power to put movies into production.

Meanwhile, Kroll will transition into a three-year producing deal starting in April with her duties running distribution and marketing handed to two other veteran Warner Bros. executives.

The shakeup happens as telecom giant AT&T attempts to complete its $85 billion acquisition of studio parent Time Warner. But that merger has been thrown into question by a lawsuit filed by the Department of Justice under antitrust provisions. A trial is expected in March.

Kroll will stay on to oversee awards campaigns and the release of Steven Spielberg's "Ready Player One," which comes out on March 30. Kroll will take on producing duties on two high profile films, Bradley Cooper's "A Star is Born" and a long-in-the-works adaptation of Jonathan Lethem's novel "Motherless Brooklyn." 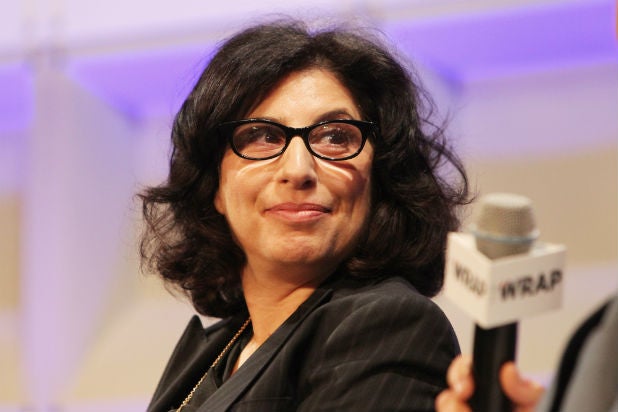 The move is the biggest shakeup at the studio since a triumvirate structure was put in place in 2015, with Emmerich, Kroll and Greg Silverman put in charge of the studio. Silverman left in December 2016.

Kroll is one of the most experienced executives in Hollywood, having been at Warner Bros for more than 20 years. Rich has been her deputy and is seen as a rising talent at the studio.

Tsujihara's future at the studio is likely dependent on whether the merger with AT&T happens. Time Warner CEO Jeff Bewkes is expected to step down when and if that occurs. The studio does not reveal the length of their executives' contracts but a knowledgeable individual said Tsujihara had at least two years left on his contract.

Regardless, Tsujihara will step back from day to day operations of running the studio in favor of Emmerich, whose sleeper hit "It" was one of the most profitable movies of last year, taking in $700 million worldwide on a $35 million budget.

"We need to constantly adapt our operations to stay ahead of [these] changes, while preserving our creative excellence," Tsujihara said in a statement. "Bringing together film and home entertainment marketing and distribution will allow us to strategically manage film titles through their entire lifecycle. We'll be better able to respond to consumer demand, while still creating unique theatrical and home entertainment experiences, and provide increased benefits to our filmmaking, exhibition and retail partners."

Emmerich said, "I'm humbled and honored to have this opportunity to help continue Warner Bros. Pictures' legacy of creativity, innovation and excellence. We will remain focused on being the first choice for the world's best filmmakers, whether they're making their first film or their 34th. "

In interviews for his bombshell book, "Fire and Fury," author Michael Wolff has cited White House advisers as saying the AT&T merger with Time Warner is "never going to happen."

But others have said that AT&T CEO Randall Stephenson recently went out of his way to praise President Trump's tax bill, citing the creation of thousands of jobs for his company. Some observers have suggested that this was an olive branch intended to facilitate a settlement with the Department of Justice.

Warner Bros. came in second for film studio market share in 2017, thanks to the success of "Wonder Woman" and New Line's sleeper horror hit "It."

From "Justice League" to "Logan," this year was a mixed bag for movies with characters that originated in comic books