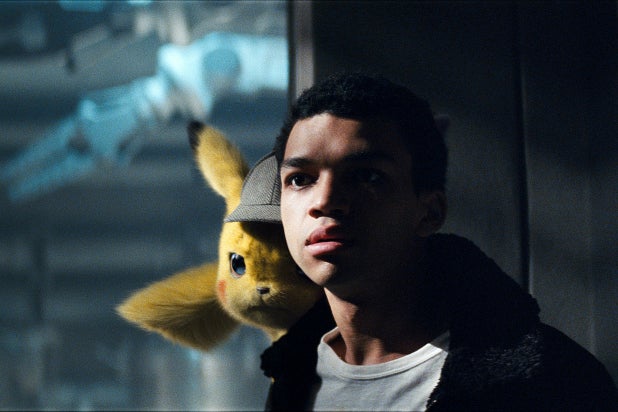 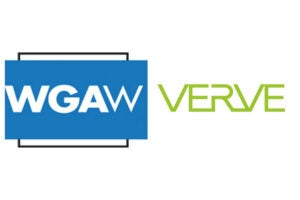 ”Detective Pikachu“ has grossed $287.4 million worldwide on a production budget of $150 million

Despite the conductivity of iron — and vibranium, probably — “Pokémon: Detective Pikachu” didn’t quite have the juice to topple “Avengers: Endgame” from its box office perch in the Marvel blockbuster’s third weekend.

But the Legendary Entertainment and Warner Bros. release, which stars Justice Smith (“Jurassic World: Fallen Kingdom”) and Ryan Reynolds as the voice of the yellow pocket monster Pikachu, has performed strongly enough to suggest the studio may have a new franchise on its hands — a sequel is already in development.

The film has grossed $94 million domestically through two weekends, with a slightly steeper than usual 54% week-to-week drop off from its $58.0 million debut weekend. But despite opening in the shadow of “Avengers,” that first-weekend gross earned still marks the biggest opening ever for a big screen adaptation of a video game.

And perhaps more importantly, “Detective Pickachu” has reigned No. 1 at the international box office for two straight weeks. The majority of the film’s $287.4 million worldwide box office gross has come from foreign markets, and for a Pokémon brand with such a global foothold, the international appeal of the film will likely be a major factor in the future of the franchise.

“Detective Pikachu,” carrying a production budget of $150 million, is on track to make a profit for the studio and go down as best movie adaptation of a video game ever, which, considering the brand’s global success, popularity and staying power, shouldn’t be much of a surprise.

“By all indications this was going to be a big movie, this is a huge piece of of IP,” ComScore senior media analyst Paul Dergarabedian said.

There is a massive contingent of people in lockstep with popular culture who love Pokémon — or pocket monsters — the adorable, fierce and adorably fierce fictional creatures created by Japanese video game designer Satoshi Tajiri in 1995.

Just ask the 850 million people who downloaded the nearly 3-year-old “Pokémon Go!” mobile game — or the fans who’ve collectively bought 25.7 billion of the trading cards and 324 billion copies of the video games across Nintendo’s various consoles.

Last year, more than 50 countries were represented at the Pokémon World Championship in Nashville, Tenn., according to The Pokémon Company marketing director J.C. Smith. The Pokémon brand is ginormous, and a big brand is step one in launching a successful Hollywood franchise in 2019.

The Pokémon Company’s has scored points for maintaining its intellectual property. “The multi-pronged approach the Pokémon brand has taken to engage with fans across mediums has been successful in growing the total potential market,” NPD Group video game analyst Mat Piscatella wrote in a November report. “Because of these efforts, Pokémon as a franchise has far more sales potential than were it to only focus on one specific platform or another.

“Pokémon is yet another example where having gaming and other content available and accessible across multiple platforms has only increased the size of the total addressable market,” he continued. “More franchises would benefit from following Pokémon’s example; because when it comes to hours of consumer engagement, it’s best for a brand to try to catch them all.”

Legendary, which produced the film alongside The Pokémon company, is clearly trying to capture a bit of that Pokémon spark. For the studio, the Pokemon brand had obvious appeal. The IP is fully developed, with nuanced characters and a rich world offering a deep well of stories and Easter eggs for screenwriters to mine.

While Pokémon’s well is arguably not nearly as deep as Marvel’s, The Pokémon Company’s animated series has run for 22 seasons, with more than 1,000 episodes, and is still on the air. Add to that 21 feature-length animated films, a few TV specials, a TV movie, the video games, multiple manga and a musical, and there’s plenty of source material from which to mine.

As for potential characters, there are currently more than 807 different types of Pokémon and more than 1,000 humans throughout the series. “Detective Pikachu” isn’t even based on what is arguably the most well-known storyline following the journeys of human Pokémon trainer Ash Ketchem and his Pikachu (that’s where the original animated series began).

Pokémon’s wide array of stories, established canon and entry points into the brand is probably the main thing that makes it an attractive prospect for a franchise property.

“We just have a footprint that is massive and continues to grow,” Pokémon Company marketing director J.C. Smith said. “There are just so many ways to get into the brand. Some people watched the anime, some people more recently started playing ‘Pokémon Go!’ Some people maybe heard their friends talking about it, bought some packs and they got curious about what goes into these TPG cards. So there’s just so many different opportunities for people to say ‘Oh, this character’s cute or cool. I want to know more,’ or ‘I want to play another game with this character.'”