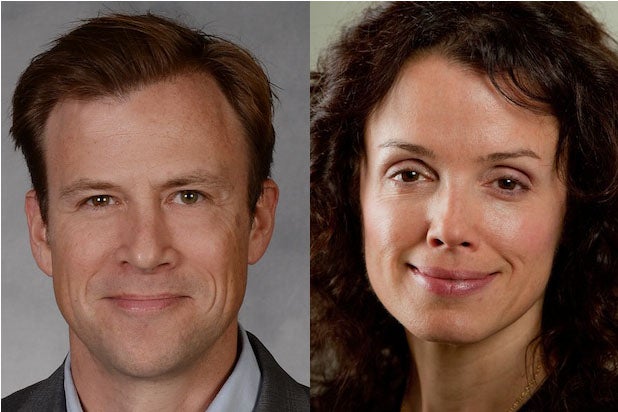 Silverman executes the overall vision for development and production while Valenti and Berg will oversee the development team and budget.

“Courtenay and Jon are hands down two of the best executives in the industry, with impeccable creative sensibilities and a real love of films and filmmaking,” Silverman said in a statement.  “Courtenay has deep ties to the Warner Bros. family, and throughout her tenure has worked on some of our most successful and critically acclaimed films. And, over the last six years, Jon has repeatedly proven himself a key driver of our films’ success.”

Also read: Razzie Awards: Will Smith Replaces Adam Sandler as the Guy They Love to Hate

The promotions come in the wake of a couple departures, as both Lynn Harris and Sarah Schechter left the studio in the past month. Schechter went to work for “Arrow” producer Greg Berlanti while Harris remains a free agent.

Valenti has worked at the studio for 25 years, supervising recent hit “The Lego Movie” and past hits such as “You’ve Got Mail” and “Message in a Bottle.”

Berg has been at the studio for six, overseeing “The Dark Knight Rises,” “Argo” and the “Sherlock Holmes” franchise. Valenti is currently working on a reboot of “Mad Max” as well as “Focus,” which stars Will Smith, while Berg is supervising Clint Eastwood‘s “Jersey Boys” and Paul Thomas Anderson’s “Inherent Vice,” among many others.