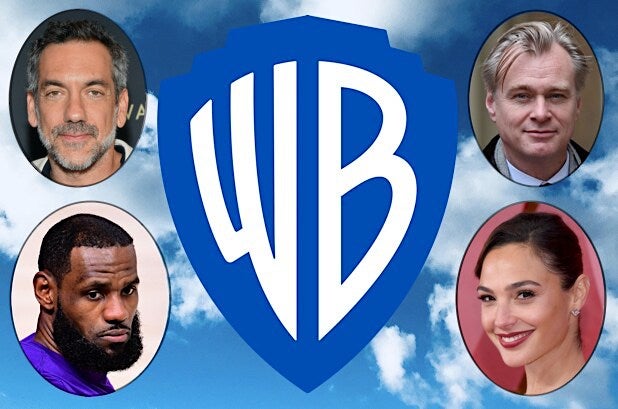 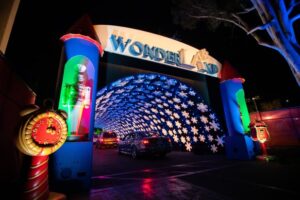 From Woe to Wonder: How One Marketing Company Pivoted During the Pandemic to Bring Joy

”The whole deal-making process has to shift now,“ one producer says

As the dust settled from Warner Bros.’ bombshell announcement last week that its movies would debut in theaters and HBO Max simultaneously next year, Hollywood’s creative community began doing the new calculus for the movie business and found itself coming up short.

The backend deals and box office profit participation that in the past two decades have yielded millions of dollars for actors, directors and producers of blockbuster hits are likely to go away under a streaming model which favors one-time, up-front payments.

As a consequence, the studio is risking the close relationships with star talent it has built up over decades — including filmmakers like Todd Phillips (“Joker”), Chris Nolan (“Tenet”), Bradley Cooper (“A Star Is Born”), Alfonso Cuarón, Clint Eastwood and Steven Soderbergh, to name just some of the A-list directors.

A second issue is what this portends for the most prominent producers who have deals with the studio, including Legendary, Village Roadshow, Brad Pitt’s Plan B and others.

“Basically, if you’re a producer with any meaningful project whatsoever, why would you go to Warner Bros. going forward, because you can’t trust that they’re going to release it appropriately?” one frustrated producer who has worked with the studio told TheWrap. “Contingent compensation will go down for all these players. Why would you show up there again?”

Another producer noted: “Besides having to deal with the current filmmaker and talent deals they have made for the existing movies, does Warner Bros. actually run the risk of alienating bigger names from wanting to do business there?”

Numerous insiders said that WarnerMedia did not give them advance notice ahead of last week’s announcement. That includes Legendary Entertainment, a subsidiary of China-based Wanda that has provided 75% of the financing for Warner movies “Godzilla vs. Kong” (although insiders tell TheWrap that the studio has cashflowed the entire production budget to date) and the upcoming Timothée Chalamet-led “Dune” reboot. Legendary is considering its options, including legal ones, according to executives with knowledge of the situation.

Warner believes it has the right to shift to streaming under its existing distribution agreement with Legendary, according to one insider, but most of the risk of the $165 million “Godzilla” movie lies with the producer, not the studio. And while WarnerMedia may be willing to forgo box office revenue to boost subscriptions in its seven-month-old HBO Max streaming service, Legendary doesn’t see any upside from that shift.

The studio is expected to renegotiate deals with producers and talent from films shifted to its new hybrid theatrical/streaming release strategy. When “Wonder Woman 1984” landed a dual Christmas Day opening on HBO Max and the reduced number of U.S. movie theaters still open, the studio acknowledged that the sequel was unlikely to match the $400 million domestic gross for 2017’s original “Wonder Woman.” So what does that mean for star Gal Gadot, who was due a bonus based on the film’s ticket sales in addition to her reported $10 million upfront fee? A Warner Bros. spokeswoman declined to comment on any upfront payments for the actress, as did Gadot’s agent.

According to multiple individuals with knowledge of the deals, stars are still guaranteed a backend payment for the films that went from a theatrical-first release to streaming, based on the film being a moderate success. If, for example, the parties agreed “Wonder Woman 1984” was a sure-fire $1 billion box office hit, her backend deal would be honored with the streaming deal as if that benchmark had been achieved.

Of course, paying out backend deals ahead of time could prove costly for the studio, which is shifting 18 films to day-and-date. A studio spokeswoman declined to comment on any new negotiated deals.

In interviews with a dozen producers and their representatives, several of whom work frequently with the studio, many said they understood WarnerMedia CEO Jason Kilar’s move and some even hailed it as bold and visionary, fundamentally shifting the studio’s priorities to streaming and away from traditional movie exhibition.

And many Hollywood creatives have themselves shifted their focus to the avalanche of opportunity that has come from Netflix as well as streaming newcomers like Disney+, NBCUniversal’s Peacock, CBS All Access in addition to HBO Max and a new Paramount+ platform still to come.

But with the entire Warner 2021 slate now headed to streaming, producers and key talent who were expecting backend payouts based on box office targets will now have to settle for some smaller upfront settlement. “Unless Warner Bros pays more up front how can they expect any significant backend?” one producer said. This individual said his own backend for a feature in development was tied to that of the lead production company. “Now if that movie gets made and goes to HBO Max first or whatever, how do we expect to make any money?”

But talent lower down the food chain are less likely to feel the effect of the move. “It doesn’t change my perspective as a writer, or someone who aspires to direct,” screenwriter Cheo Hodari Coker (“Creed II”) told TheWrap. “It will be interesting to see five years from now in terms of what kind of movies get made. The budget landscape will change. That wall separating television and film doesn’t exist. The only thing that does exist is a budget line.”

Certainly, the business model for building big-budget blockbuster franchises is being thrown into disarray. (On Warner’s 2021 slate, that includes “Godzilla vs. Kong,” LeBron James’ “Space Jam” reboot, DC Films’ “The Suicide Squad,” the sci-fi epic “Dune” and Lana Wachowski’s “Matrix 4.”) Those are the projects where backend deals for stars, directors and producers are most common — and where ticket sales generate a significant portion of the expected revenues and profits.

“The whole dealmaking process has to shift now because box office bonuses mean s—,” one producer said, wondering if cinema purists like Christopher Nolan (“Tenet”) will be as eager to continue working with Warner Bros. if it shifts away from theatrical releases beyond the circumstances of the pandemic.

And some top Hollywood creatives wonder whether to trust Kilar’s contention that the dual theatrical/HBO Max release strategy will apply only to 2021, to be reassessed when the pandemic subsides.

“They certainly don’t seem like a movie studio anymore,” said another leading producer with ties to the studio, who declined to use his name. “One has to wonder in the long run if Warner is diminishing the value of their IP (intellectual property) by releasing (its films) this way. They’re less a studio now than they are a place that just makes content.”