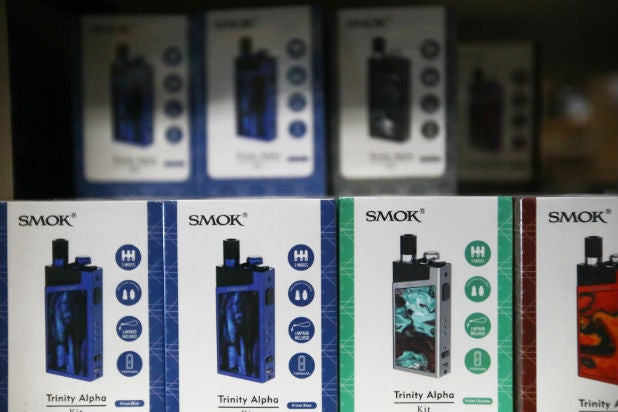 Television and streaming channels owned by WarnerMedia, CBS and Viacom will no longer run ads for e-cigarettes or e-cigarette products, including for industry powerhouse Juul, the companies said Wednesday.

Representatives for WarnerMedia and CBS and Viacom did not immediately respond to requests for further comment from TheWrap. But in a statement provided to CNBC,which first reported the news, a WarnerMedia spokesperson said the company “reserves the right to withdraw advertising from its platforms at its discretion. Given warnings from the CDC, the AMA and the American Lung Association to consumers, our company has revised its policies regarding e-cigarette advertising, and will no longer accept advertising for this category. We will continue to monitor the investigations by relevant medical agencies and may re-evaluate our position as new facts come to light.”

WarnerMedia-owned CNN announced last week it would no longer run ads for e-cigarette products. The announcement Wednesday covers all other WarnerMedia channels.

Also Read: Stephen Colbert and Trevor Noah Have a Lot of Fun After It Looks Like Trump Forgot His Son (Videos)

A Viacom spokesperson issued its own statement to CNBC: “After reviewing the recent reports regarding the potentially serious health threats posed by e-cigarettes, Viacom has revised its policies regarding e-cigarette advertising, and will no longer air ads in this category effective immediately.”

An NBCUniversal spokesperson said in a statement that the company “has a long-standing policy to not accept advertising for cigarettes, e-cigarettes, and all tobacco-related products.”

TheWrap has also reached out to Disney for comment about their own policies regarding ads for e-cigarette products on their networks and streaming services. We will update this story with any response.

The news comes a week after Donald Trump announced he would instruct the FDA to ban most kinds of flavored e-cigarettes, inspired in part by a rise in unidentified lung ailments experienced by people who vaped, including the deaths of seven people. Health and Human Services Secretary Alex Azar subsequently said an outline for such a ban would be released in the next few weeks.