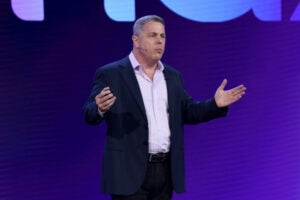 ”Our orientation is theatrical and we haven’t moved off that,“ WarnerMedia CEO Jason Kilar says

Jason Kilar, CEO of Warner Bros. parent company WarnerMedia, is not interested in following Disney’s move to skip theaters for tentpole films like “Mulan” and release them directly on streaming or on-demand video.

“Our orientation is to lean to theatrical, for not just ‘Tenet’ but also ‘Wonder Woman’ and other titles,” Kilar told TheWrap. “I think it would be unfair for me to say that any of us can predict the future and where COVID-19 goes… We’re in a very privileged position, because we have these great movies that are in our shop, and now it just comes down to the decisions that we make to be able to get them in the hands of consumers. Our orientation is theatrical and we haven’t moved off that.”

Disney CEO Bob Chapek on Tuesday dropped the bombshell during the company’s third-quarter conference call that the studio’s much-delayed live-action epic “Mulan” would forgo a domestic theatrical release (for now) and instead debut on the company’s nascent Disney+ streaming platform for a premium of $29.99.

Disney wasn’t the first studio to make such a move — Universal lit the fuse when it released “Trolls World Tour” for streaming in April and jawed about its success and while promising to shrink theatrical windows in the future — but Disney is surely the 800-pound gorilla, and “Mulan” is the most prominent film to date to head straight to streaming.

When Warner Bros. delayed Christopher Nolan’s much-anticipated time-traveling spy flick “Tenet” for a third time last month, many in the industry questioned whether it should release the film on its brand new streaming service HBO Max. The studio — and Nolan — has made it crystal clear it would rather sit on the release and wait.

“If we were small start-up that was worrying how we were going to pay the rent next month. we’d probably be thinking about it differently,” Kilar said. “Thankfully, given our balance sheet and the financial resources that we’re so lucky to have, it’s actually not a material decision to be able to be patient and be thoughtful to be able to hold the title until we feel it’s the right moment.”

Late last month, Warner Bros. decided to have “Tenet” open in over 70 countries worldwide starting Aug. 26 ahead of a release in the U.S. that it hasn’t picked yet — and the right moment might be hard to come by.

Also Read: AMC Theatres CEO: On-Demand Deal With Universal Has Been Offered to Other Studios

The rate of the spread of the novel coronavirus in major U.S. cities hasn’t inspired much hope for the widespread reopening of movie theaters domestically. Then there’s the question of whether audiences are ready to sit in a dark enclosed theater with strangers, six feet apart or not.

On Friday, S&P said AMC Theatres’ plans to reopen in the U.S. later this month still offer “considerable risk and uncertainty related to this timeline.”

If and when theaters do open, they’re going to need new, top-notch content as soon as possible to attract wary movie goers back to the cinema. Movie theaters have been hurting. AMC reported on Thursday it lost $561 million during the second quarter, and earlier in the week, Cinemark reported a loss of $170 million for the same quarter.

Now, with AMC and Universal’s recent theatrical exclusivity deal, cinema chains have to deal with the very real question of what theatrical windows will look like in the new post-pandemic world.

“I very much believe we’re heading into a period where theatrical windows are shorter than they’ve historically been. I don’t think it’s controversial to say that at this point,” Kilar said. “Now the question is going to be OK, but like, you know, what happens to the windows? What happens to exclusivity? What about the economics in the theaters and this or that? I don’t get too worried about it, because I just have belief in theatrical. I believe in that experience and I know that, together, we’ll figure it out.”