The pending merger between AT&T’s WarnerMedia and Discovery, Inc. has won the approval of U.S. antitrust regulators, the companies announced on Wednesday in a Securities and Exchange Commission filing.

In the filing, obtained by TheWrap, the governmental regulatory waiting periods expired, therefore satisfying the closing condition of the merger plan initially announced on May 17, 2021. Now all that stands in the way of the Q2 merger is a Discovery shareholder vote, which should not be a problem.

AT&T is spinning off WarnerMedia in a $43 billion deal with Discovery, Inc. Longtime Discovery chief David Zaslav will run the new company, which will trade as WBD on the NASDAQ Global Select Market. (AT&T will continue on as a telecom-focused business, trading under its current symbol, T.) 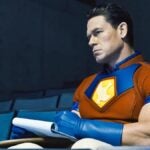 Also Read:
AT&T, Discovery Stocks Fall 5% on News That WarnerMedia Deal Will Be a Spinoff