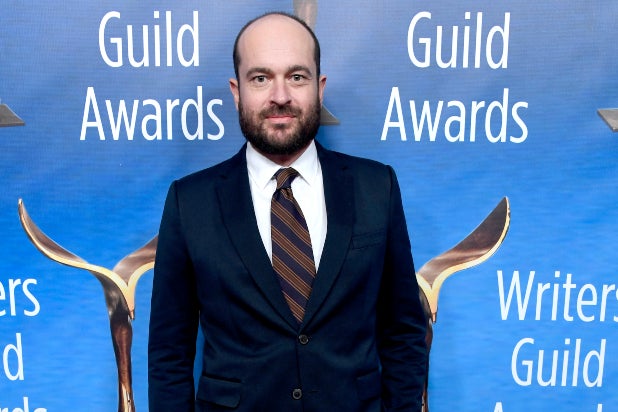 WarnerMedia continues to beef up its original content for its upcoming streaming service, ordering a pair of series from “Maniac” creator Patrick Somerville.

The two series are “Made for Love,” based on Alissa Nutting’s novel of the same name, and the post-apocalyptic limited series “Station Eleven,” which is based on Emily St. John Mandel’s best-seller. Emmy-nominated “Atlanta” director Hiro Murai will direct “Station Eleven.”

Somerville will write “Made for Love” with S.J. Clarkson — who is currently helming the “Game of Thrones” prequel pilot — attached to executive produce and direct. Somerville will serve as showrunner on both series.

Also Read: Bob Greenblatt on Potential JJ Abrams Deal: 'We Hope to Keep Him in the Family'

Based on Nutting’s tragicomic novel, “Made for Love” is a dark, absurd, and cynically poignant story of divorce and revenge. The series shows how far some will go for love, and how much further others will go to destroy it.

It follows Hazel Green, a thirtysomething woman on the run after 10 years in a suffocating marriage to an unstable, needy, possibly sociopathic tech billionaire. Soon she discovers that her husband has already implanted a revolutionary monitoring device–the Made for Love–in her brain, allowing him to track her, watch her and know her thoughts and feelings as she tries to stay alive. Also, there are dolphins. Nutting, Liza Chasin and Dean Bakopoulos will executive produce.

“Station Eleven” is a post-apocalyptic saga spanning multiple timelines. It tells the stories of survivors of a devastating flu as they attempt to rebuild and reimagine the world anew while holding onto the best of what’s been lost. Sommerville and Murai will executive produce along with Scott Steindorff, Scott Delman and Dylan Russell. Nate Matteson will serve as co-executive producer.

Both series are from Paramount TV, where Somerville has an overall deal.