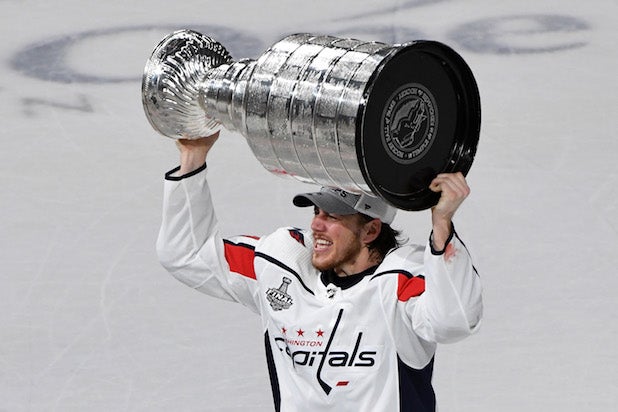 NBC skated away with first place on Thursday, when the Washington Capitals won their first-ever Stanley Cup. Yeah, it maybe wasn’t the best night for Fox to return “The Four” for its Season 2 premiere.

Aside from the singing competition and the ice hockey, everything else on broadcast primetime was a rerun — on the English-language networks, at least.

NBC was first in ratings with a 1.9 rating/9 share in the advertiser-coveted 18-49 demographic and in total viewers with an average of 6 million, according to preliminary numbers.

ABC was second in ratings with a 0.9/4 and in third viewers with 4.7 million.

CBS and Fox tied for third in ratings, both with a 0.7/3. CBS was second in total viewers with 4.9 million, Fox was fourth with 2.4 million.

For Fox, the two-hour return of “The Four” was the only show on its primetime schedule.

Univision and Telemundo tied for fifth in ratings, both with a 0.4/2. Univision was fifth in total viewers with 1.4 million, Telemundo was sixth with 1.1 million.