“People are deeply upset at what’s happened here. We know Jason as a good, decent person and a fine journalist and all of us are feeling for him and his family,” Baron said of Rezaian, a Post reporter since 2012 who has been held in captivity in Tehran’s Evin Prison for 448 days.

“He’s been subjected to physical mistreatment, psychological abuse, and it’s just hard to imagine someone having to endure all of that when he did absolutely nothing wrong,” said Baron (pictured above, right).

Baron has no idea the specific charges against Rezaian, or how long his sentence is. More alarming, he’s not sure Rezaian knows that he’s been convicted since his lawyer, wife and mother haven’t been able to visit him.

An appeal hasn’t been filed because details of the conviction haven’t been relayed to his lawyer.

“As often has been the case, the whole system is opaque and they’re being anything but transparent,” Baron said. “It’s not a judicial system as we know it here in the United States or most developed nations.”

Baron said that the U.S. State Department informed the paper on Monday that it had not received official confirmation from the Iranian government that Rezaian was found guilty in his longstanding espionage case.

Baron said he took the U.S. government at its word that it attempted to make Rezaian’s release part of the U.S.-Iran nuclear negotiations but wants the government to “continue to press hard against the Iranian government to release Jason, and of course, other American prisoners who are held there unjustly.”

There has been speculation that Iran may seek to swap Rezaian for 19 Iranian prisoners held by the U.S. here and in other countries for sanctions violations. “Iran says they don’t like the word ‘exchange,’ but that appears to be exactly what they’re looking for,” he said.

Rezaian’s trial was shrouded in secrecy; Baron and other Post officials were not allowed to attend or send representatives since the Iranian government didn’t respond to visa requests.

Aside from Iranian judiciary officials and Revolutionary Guard members, the only people inside the courtroom were Rezaian and his lawyer.

“We’re not aware of any evidence presented at the trial that showed any wrongdoing whatsoever,” Baron said. “If the Iranians had such information, you’d expect them to produce it — there must be a reason for that.” 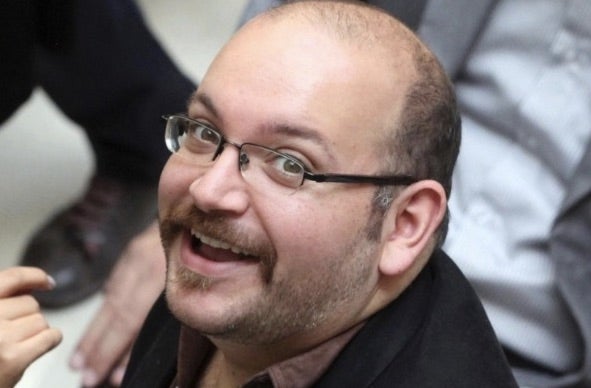 With much of the focus on the injustice of Rezaian’s imprisonment, Baron shed light on the person behind the outrage. “Jason’s a very genial guy and makes friends easily and is keenly interested in what’s happening around the world, particularly in Iran, which is the country of his heritage–his father is from Iran.”

In 2008, Rezaian was a freelance journalist in Iran and later joined the Washington Post in 2012 reporting from there. “All of his coverage was intended to reflect the culture and daily life of Iranians,” Baron said. “He was keenly interested in making the rest of the world aware of what daily life in Iran was really like.”

Morale at the newspaper is understandably low. “It’s exasperating,” Baron said, explaining that in the beginning, the paper was hopeful it would just be a matter of time before Rezaian was released, but it’s become clear over time there’s something more “sinister” going on.

The Post will continue to fight for his release, and Baron called for journalists around the world to register soft protests. He warned that Rezaian’s mistreatment should worry all journalists.