At The Washington Post, women and employees of color are paid less than white men in the newsroom, according to a study released by the Post Newspaper Guild on Wednesday.

The Guild’s study, which is the first comprehensive pay study conducted at the Post, looked at salary, race, and gender information for the Post’s salaried and hourly employees. As a whole, women make up the majority of the company’s staff (53.4 percent women and 46.6 percent men). For salaried employees, women make a median of $91,816 a year while men make a median of $109,928, according to the study. For the Post’s hourly employees, however, women tend to make more than men at $30.77 an hour compared to $25.84 an hour. 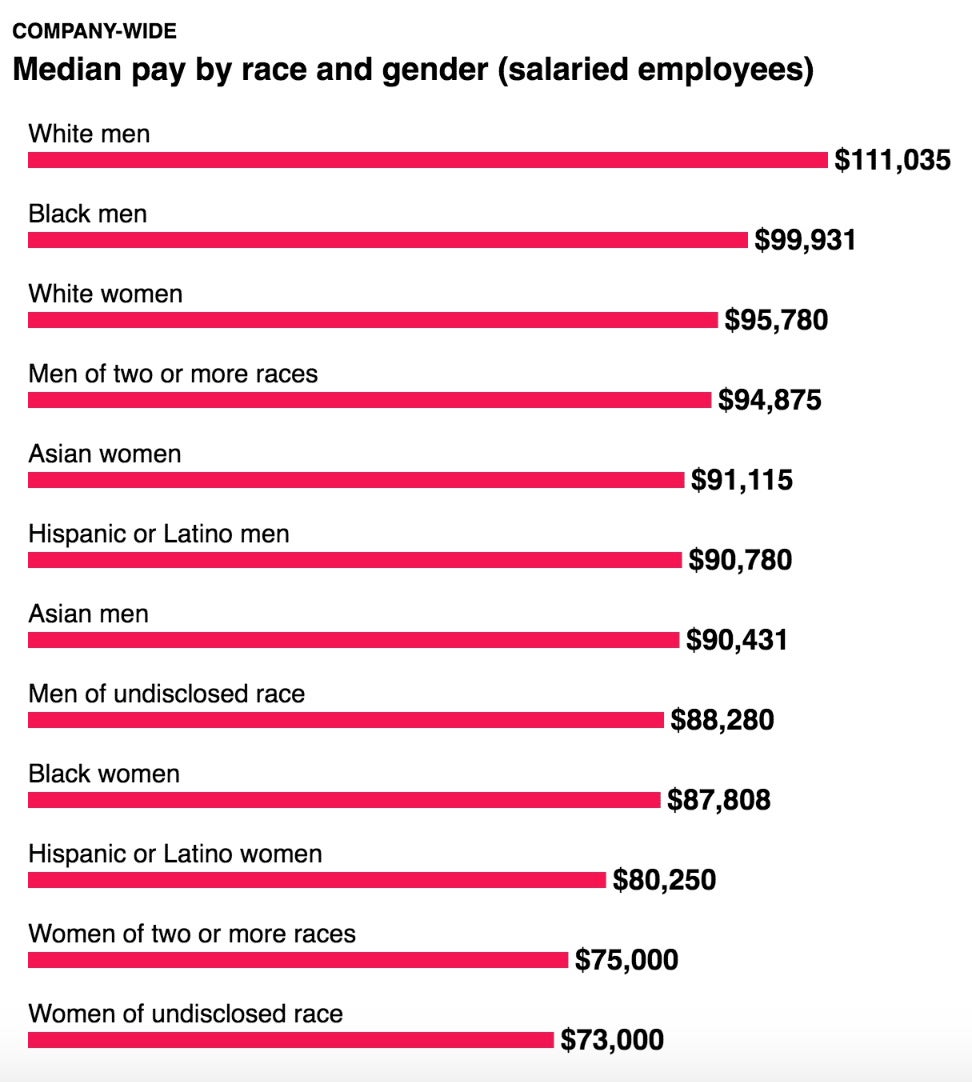 In the newsroom, the pay disparity particularly widens for women of color, who on average make $30,000 less than their white male colleagues. And while men make up a smaller proportion of the newsroom, they typically receive a higher percentage of the Post’s merit-based raises in comparison to women.

But in a statement sent to The Wrap, a representative for The Post disputed the accuracy of the Guild’s findings.

“The Post is committed to paying employees fairly for the work they perform, and we believe that we do so, taking into account relevant factors like position, years of experience, and performance. It is regrettable that the Guild published a report on pay that does not appear to accurately account for these and other relevant factors, which have nothing to do with race or gender,” the statement read. “We believe the report is seriously flawed. It is disappointing that the Guild chose to issue it — The Post told the Guild before its release that we had many questions about their methodology.”

The study also examined how pay inequity has or hasn’t changed since Amazon’s Jeff Bezos bought the Post in 2013. In comparison to the Graham family era, the Guild’s study found that “pay disparities have shrunk slightly, but not to within a range that the Guild would recognize as the point of parity.”

Based on the study’s findings, the Guild has recommended that the Post adjust its salary review process and conduct reviews for all employees hired in the past five years. Currently, a single Post employee is responsible for reviewing salaries for the entire company, according to the Guild.

The Guild also said managers should be made aware of their direct reports’ salaries or wages so that they can “look out for and be aware of pay disparities on their teams and help correct them, taking some of that burden off top management,” and that the Post should re-evaluate its intern program hire an “equity, diversity, and inclusion chair/consultant,” form a diversity committee, and hire a third-party to conduct an annual pay study.

“If we are expected to hold the powerful accountable, then we must be comfortable holding ourselves and our industry accountable as well,” the Guild said in a statement. “We know that these are complicated problems to solve. But they should be addressed with urgency and with significant investment from The Washington Post and other news organizations like it.”

The study was led by Pulitzer Prize-winning data journalist Steven Rich and dozens of other Guild members. Read the full study here.

For the record: This article has been updated to include a statement from The Washington Post.