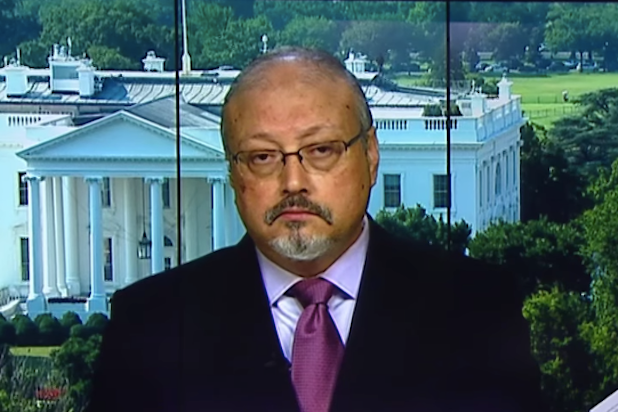 The Washington Post published its last column from Jamal Khashoggi on Thursday, which fittingly focused on diminishing press freedoms in the Arab world.

“Arab governments have been given free rein to continue silencing the media at an increasing rate,” he said. “Arabs living in these countries are either uninformed or misinformed. They are unable to adequately address, much less publicly discuss, matters that affect the region and their day-to-day lives.”

Khashoggi cited Freedom House’s 2018 “Freedom in the World” report which found that most governments in the Arab world were classified as “not free.”

Also Read: Iranian Dissident Journalist Masih Alinejad on Jamal Khashoggi's Fate: 'What Is the West Going to Do?'

“The Arab world is facing its own version of an Iron Curtain, imposed not by external actors but through domestic forces vying for power,” he said. “The Arab world needs a modern version of the old transnational media so citizens can be informed about global events. More important, we need to provide a platform for Arab voices.”

The column from Khashoggi was written and submitted shortly before he disappeared inside the Saudi consulate in Istanbul earlier this month. In a note to readers, the Post’s Global Opinion Editor Karen Attiah said she had decided to run the column amid the growing consensus that Khashoggi was dead.

“I received this column from Jamal Khashoggi’s translator and assistant the day after Jamal was reported missing in Istanbul,” said Attiah. “The Post held off publishing it because we hoped Jamal would come back to us so that he and I could edit it together. Now I have to accept: That is not going to happen. This is the last piece of his I will edit for The Post.”

Though Saudi Arabia has categorically denied anything to do with Khashoggi’s disappearance, Turkish officials have accused the kingdom of killing the journalist, sending in a 15-man hit squad who then dismembered him with a bone saw. Turkish media has obtained gruesome secretly recorded audio from inside the consulate proving the murder the New York Times reported yesterday.