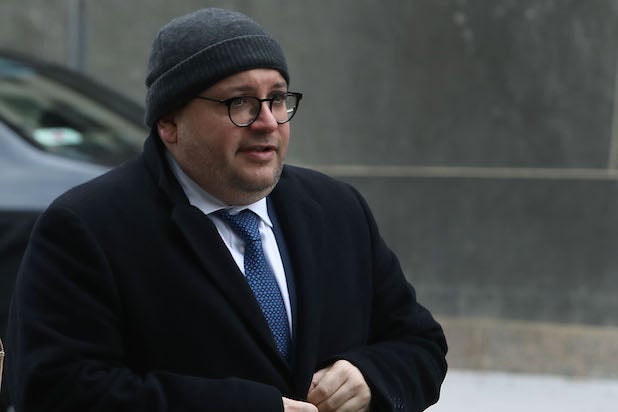 Washington Post journalist Jason Rezaian is seeking $1 billion in damages from the Iranian government in order to deter the Iranians from taking American hostages, telling a federal judge this week that he was arrested by Iranian authorities, subjected to a “sham trial” and held hostage for 18 months.

Rezaian told a federal court Tuesday that the ordeal began when an Iranian security agent pointed a gun at his head in a parking garage in Tehran in July 2014 and forced him to confess to spying under extreme duress, The Associated Press reports. He also said that his captors indicated that he was being used as a political pawn during the nuclear negotiations between the country and the United States.

Rezaian told the court that he was frequently tortured and threatened with execution. He said that he was convicted of espionage after a “sham trial” with no witnesses, with the only evidence against him consisting of his own articles for The Post and his schedule of interviews with government officials and activists.

Also Read: Iranian Dissident Journalist Masih Alinejad on Jamal Khashoggi's Fate: 'What Is the West Going to Do?'

Rezaian, who holds dual citizenship, said a gunman first approached him at the parking lot of his apartment building and detained him and his wife, Yeganeh Salehi, as they were heading to her mother’s birthday party.

Rezaian was held 544 days in jail, and his wife spent 72 days in solitary confinement. He was eventually released on Jan. 16, 2016, as part of a prisoner swap on the day the nuclear accord between Iran and global powers was finalized.

Rezaian, who lives in Washington and writes for The Post’s Global Opinions section, says he suffers lingering psychological trauma and anxiety.

The Iranian government has not responded publicly to Rezaian’s lawsuit.

Rezaian’s lawyer did not immediately respond to a request for comment.

The lawsuit, filed in October 2016, requests $44 million in economic and compensatory damages, as well as $1 billion in punitive damages, to deter Iran from taking more hostages.