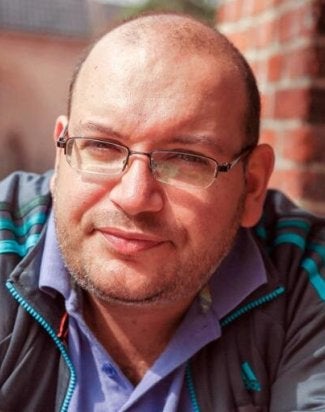 The Washington Post’s Iran bureau chief Jason Rezaian remained imprisoned in Iran on Monday after no verdict was announced in his trial.

The journalist, held for a year on charges of espionage, had a hearing that was closed to the public and press. His lawyer said “this was the final hearing” and said a verdict will come down within a week.

“It remains unclear even to Jason’s lawyer what might happen next,” Post executive editor Marty Baron said after the hearing. “No verdict was announced (and) Iran’s Revolutionary Court has offered no official indication of when such an announcement might come.”

On Sunday, Barron called the trial a “sham” and a “travesty.”

“We call again on Iran’s Revolutionary Court, even at this late date, to demonstrate fairness and justice that could only result in Jason’s acquittal and immediate release,” Baron said Saturday.

“The end of this ‘judicial process’ presents Iran with an opportunity to bring this nightmare to a long-overdue and humane resolution, by exonerating Jason and his wife, Yeganeh, and allowing them the freedom that is their right.”