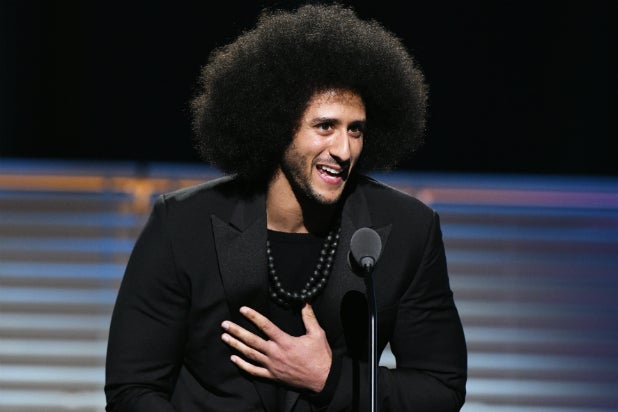 An attempt to associate themselves with an effort to fight systemic racism backfired on the Washington Redskins and San Francisco 49ers after the NFL teams tweeted in support of the #BlackOutTuesday hashtag. Rather than praise, the tweets were met with hundreds of replies pointing out very specific reasons why they maybe should have sat this one out instead.

First the Washington Redskins, whose official Twitter account tweeted a black image along with the hashtag #BlackOutTuesday, referring to a movement founded by a group called #TheShowMustBePaused which called for a work stoppage on Tuesday to show solidarity with the protests over the death of George Floyd, the black Minnesota man who died after being choked by a police officer for more than 7 minutes.

The problem, as a lot of people pointed out in replies, is that the team’s name is the Washington Redskins. The team has in fact been criticized since the 1940s because the name is a well-known racial slur against Native Americans, and as recently as 2018 there were calls to change it. Owners have resolutely refused to do so however, with varying justifications over the years.

Meanwhile, the 49ers tweeted a similar image along with text reading “Black Lives Matter #BlackoutTuesday.” However, as a very large number of people noted, the attempt felt particularly off key due to the fact that the 49ers happens to be the last NFL team to employ Colin Kaepernick. Kaepernick lost his NFL career after he began kneeling during the national anthem in 2016 to protest police violence against black people.

Kaepernick’s activism sparked a backlash from conservatives, and he was informed after the end of the 2016 season that his contract would not be renewed. He became a free agent, but no other NFL team would hire him. Kaepernick is widely seen by fans as a victim of blacklisting within professional football, though the league has consistently denied the accusation. Kaepernick filed a lawsuit accusing the league of collusion in 2017; a confidential settlement was reached in 2019.

Representatives for each team did not immediately respond to request for comment from TheWrap.

See the team’s tweets and a sampling of replies below:

Whats so weird is its so easy to come up with a new name that starts with an R. The 'Skins have so many different Logos, changing the long form name is really small potatoes…

thank you, washington racial slurs, for standing against racism

Teams with racial slurs for names should really sit out racism protests.

Delete this. Cowards. You could’ve helped make a change and chose not to. #BlackLivesMatter pic.twitter.com/krWsbaEfee