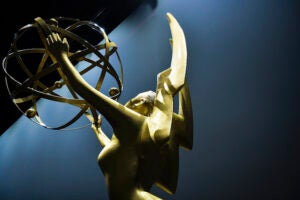 ”If you replace the current name with that, aren’t all the same people in face paint playing Indian going to continue to do the same thing,“ Native filmmaker Ben West says

Washington’s NFL team announced it was dropping Redskins as its team name earlier this week, but has yet to announce a replacement. If the team wants to get the new name right, the filmmakers behind the new documentary “Imagine the Indian” say the replacement should avoid any Native American references or callbacks to the racist slur.

Directors Aviva Kempner and Ben West, whose film focuses on the fight to change the team name, told TheWrap that team owner Dan Snyder’s decision retire the name is a huge step in the right direction, but they hope the team will start from scratch in picking a new name and logo and avoid anything equally offensive.

“I hope that it’s done responsibly. I think some of the names being kicked around right now are problematic, and anything including ‘Red’ in it, we need to start with a clean slate here, not try to hang onto any of the holdover from previous names and imagery,” West, a member of the Cheyenne nation, said of some of the popular options being floated around, such as Washington Warriors or Washington Red Tails. “In this case, the obvious problem is that if you replace the current name with that, aren’t all the same people in face paint playing Indian going to continue to do the same thing?”

“When Dan Snyder said ‘NEVER,’ he meant never,” Kempner added. “It was only when he started to lose corporate support did he come to the plate and say, okay I’m going to change the name. It’s still that insensitivity on his part of saying, ‘OK, I’m going to change the name.’ But he hasn’t asked anything about any community input. We’re worried that he’s going to fall into the hole of offending a certain number of people.”

Washington announced it would retire the team name after pressure from its biggest corporate sponsors, including Pepsi and FedEx, which has naming rights on Washington’s stadium. Along with FedEx, a group of investors worth more than $600 billion lobbied Nike and PepsiCo to pressure the team to change its name. Nike even removed all Redskins merchandise from its online store. And as Snyder works to pursue construction of a new stadium, the Washington, D.C., city council said that the team would never be allowed back with the Redskins team name.

The former team name was criticized for decades, with Snyder resisting changing the name for years. So as the team weighs new options, West suspected that names like Red Tails or Warriors could allow the team to hang onto its red uniforms and its hashtag, #HTTR, or “Hail to the Redskins.”

“It’s clear to everyone that it’s money that’s talking,” West said. “The insistence on trying to incorporate red if possible is sort of emblematic of the same problem. They want to hold on to the #HTTR hashtag here. It’s again sort of marketing getting in the way of a real commitment to actually changing things here.”

The name Red Tails in particular could nod to the military and is a reference to the Tuskegee Airmen, a group of African American and Caribbean born soldiers and pilots who fought during World War II, but the “Imagining the Indian” filmmakers are skeptical of how much of an honor the name would be.

“I can’t believe that a lot of alumni, and I don’t think there’s that many left, or descendants of Tuskegee Airmen, would be in agreement with that name,” Kempner said. “The Tuskegee Airmen were a very courageous, brave group of men. But the reason they had to train separately and be separately was because of segregation. All the African American soldiers and in this case airmen went into a segregated armed forces. You can talk about Red Tails, and in a way it does honor the Tuskegee Airmen, but they came out of a very racist history of American history.”

West said the first problem with any team trying to “honor” another group of people is that it paints a limiting, romanticized or stereotypical view of that group.

“There is this position that sports fans take often that, ‘Hey, we’re trying to honor you. That’s what we’re doing, we’re trying to honor these characteristics, you’re a brave and you’re a warrior,'” West said. “That’s incredibly limiting to a group of people that are rich in depth and breadth and all sorts of characteristics to hone in on this one romanticized notion of Native Americans.

West and Kempner along with the Ciesla Foundation, which has worked to erase the history of Native American names, logos and mascots from sports teams and beyond, say they’ll be turning some of their attention to the other remaining national teams that still boast Native team names or offensive celebrations at games, including the Cleveland Indians, Atlanta Braves, Chicago Blackhawks and the Golden State Warriors, which dropped its Native American mascot years ago.

But the documentary “Imagining the Indian,” which was presented to buyers as a work in progress and is aiming for completion by 2021, still holds relevance in how it examines the racist history of the team and the activism work that led to this landmark. And Kempner and West hope the film can be a teaching tool for younger generations as they call on local high schools or colleges that still cling to such problematic mascots.

“This story is not over yet,” West added. “Certainly the story of those who have been working on this or dedicated large chunks of their life to work on this, I don’t think a lot of people know. So the history behind the movement is still extremely important.”

Watch the trailer for “Imagining the Indian” below:

After years of protests over the Redskins name and logo, Washington's NFL team finally decided to make a change, now calling themselves the Washington Commanders. But they weren't the first to dump offensive or racist team names. Here are some other sports teams that followed suit over the years.
View In Gallery