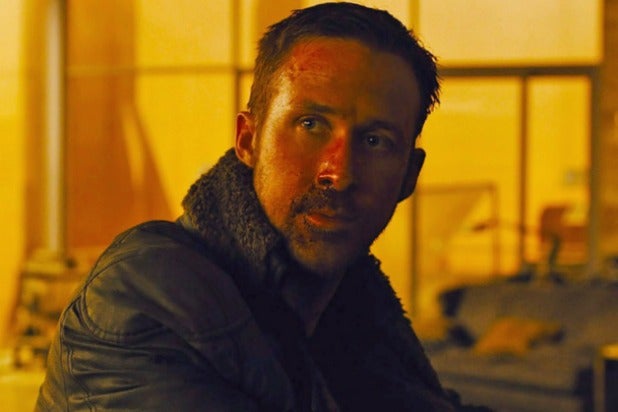 “No one can outrun the truth.” That’s the tag line on the teaser trailer of “Blade Runner 2049,” that its star Ryan Gosling posted on Twitter Sunday morning.

In the teaser for the full-length trailer that will be released on “Good Morning America” Monday, Harrison Ford’s Rick Deckard warns Gosling’s LAPD Officer K that cops were hunted in his day. And it looks as if the hunt continues.

The sequel to “Blade Runner,” written by Hampton Fancher and Michael Green, is set several decades after Ridley Scott’s 1982 original, which Fancher also had a hand in writing. The movies are based on Philip K. Dick’s novel “Do Androids Dream of Electric Sheep.”

Thirty years after the events of the first film, a new Blade Runner, LAPD Officer K (Gosling), unearths a long-buried secret that has the potential to plunge what’s left of society into chaos. K’s discovery leads him on a quest to find Rick Deckard (Ford), a former LAPD blade runner who has been missing for 30 years.

'Blade Runner 2049': Everything We Learned From the New Trailer (Photos)