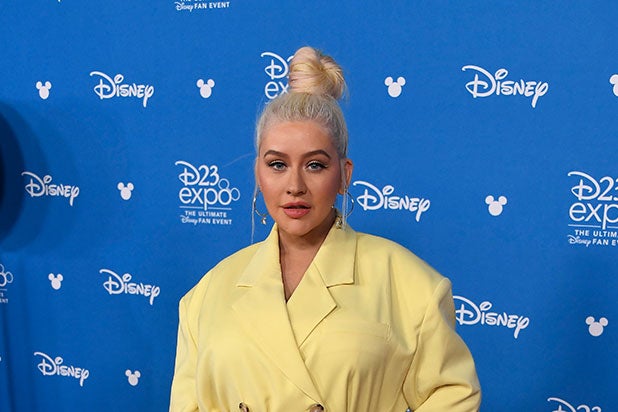 More than two decades after the release of the song “Reflections” from the Disney movie “Mulan,” Christina Aguilera still hits every note.

On Friday, the singer surprised screaming fans at the D23 Expo in Anaheim, California by performing the song released 21 years ago in 1998. At the expo, Aguilera was also inducted as a Disney Legend.

“This is way cooler than a Grammy, I just have to say!” she said, according to Entertainment Weekly. “Thank you, Bob Iger. This is tremendous. You don’t understand. I may be the ultimate Disney fan. I don’t know. I know it’s high competition in this room, but…”

She added: “Oh my God. I have a speech but I want to throw it out because my God. Thank you so much for this amazing honor. I love this. This is so special, I’m like shaking… I’ve been holding back tears all day.”

About “Reflections,” which was released in 1998 to coincide with the release of “Mulan,” she said she has carried the message of the song throughout her entire career.

“It’s an important message that promotes to live your truth,” she said. “It’s all in the lyrics. To live your truth, to show who you are, to be brave, to be a fighter. And now these are messages that I can pass on to my own son and daughter, who are fans of the movie. The messages still hold true and they’re timeless. It’s not your gender or anything outside yourself that defines you. What defines you is who you are inside.”

Watch videos of her performance below.

Christina Aguilera kicks things off at #D23Expo with a surprise performance! pic.twitter.com/oxRW1JdSmM