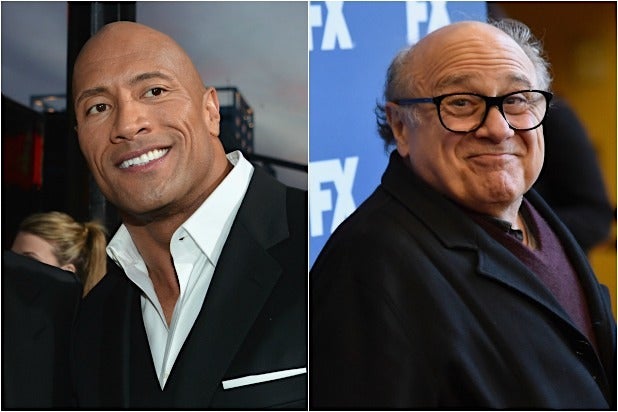 There’s plenty of stories about Bill Murray crashing weddings, but it’s especially cute to see Dwayne Johnson and Danny DeVito get in on the fun.

The two “Jumanji: The Next Level” stars were in Cabo San Lucas, Mexico, promoting the film when they took some time out to crash the wedding of a lucky bride and groom. Video shared by The Rock show that the two swept into the room singing the old crooner classic “Unforgettable,” as first performed by Nat King Cole.

“I blame the Teremana tequila and DeVito’s mischievous ways. So much love in the room for the lovely couple, Kristine & Will,” Johnson said on Twitter.

And who knew The Rock could sing like that? Is there anything he can’t do?

The full video starts with Johnson and DeVito having a drink before deciding to crash the wedding, and it closes with The Rock offering the groom five words to live by: “Yes honey, you are right.”

“Jumanji: The Next Level” is the sequel to “Jumanji: Welcome to the Jungle” that also stars Kevin Hart, Jack Black, Karen Gillan and Danny Glover. The film opens in theaters on Dec. 13.

Watch the video of the crashed wedding as shared by The Rock below.

What started off as a quiet sunset Teremana tequila ???? toast with mi amigo, Danny DeVito – turned into Wedding Crashers 2.0.
So much love and mana in the room for the lovely bride & groom.
Congrats Will & Kristine Abbot! #unforgettable ❤️#cabosanlucas#rockdevitoweddingcrash pic.twitter.com/Su2UKxqL0K