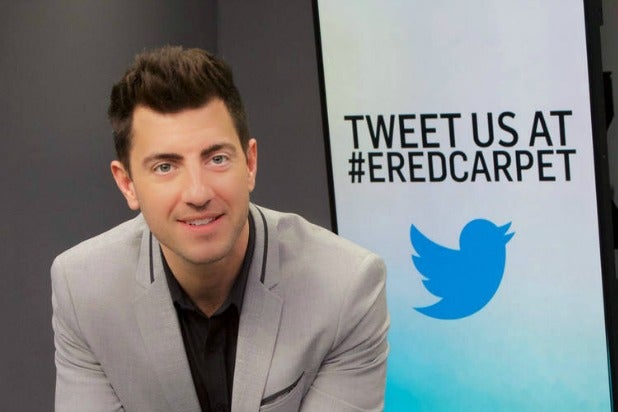 The Grammys are here, and you know what that means: E! News will be bringing out its typically exhaustive coverage of the show from the red carpet and afterparty.

The awards ceremony at Madison Square Garden in New York City will kick off at 7:30 p.m ET/4:30 p.m. PT on CBS, but the festivities will begin hours earlier with E!’s pair of pre-shows.

“Countdown to the Red Carpet: The 2018 Grammy Awards” begins at 3:30 p.m ET/12:30 p.m. PT and will be hosted by Kristin Cavallari, Brad Goreski and Erin Lim at Madison Square Garden, and Liz Hernandez and Sibley Scoles at the E! news desk.

Also Read: How and When to Watch the Grammys Red Carpet Live Online

That will be followed by Ryan Seacrest and Giuliana Rancic’ “Live From The Red Carpet” extravaganza beginning at 5:30 ET/2:30 PT, with assistance from Hernandez, Scoles and Lim. This show will last right up to when the Grammys ceremony begins at 7:30 ET/4:30 PT.

To watch either of the above shows you’ll need E! on cable or another TV provider because they don’t have a streaming app that will allow you to watch the channel live on the go. But there will be additional live streaming red carpet coverage on the E! News mobile app on iOS via the App Store and Android via Google Play. The app will have separate red carpet coverage dubbed “Live 360,” which offers three separate red carpet feeds to choose from.

The first is the Studio Cam, where host Will Marfuggi will be taking questions from Twitter about the red carpet and answering them live. There’s also the Arrivals Cam, which will be aimed squarely at the entrance to the red carpet so you can check out the celebs as they arrive, and the Fashion Cam, which will roam the carpet and give you a closer look at what everyone is wearing. Users can switch between the three feeds at will.

E!’s coverage will extend to after the Grammys and into the parties that follow.

If E! isn’t quite your speed, fret not because there are two other red carpet shows you can check out as well. For all the details check out our rundown of all the Grammys red carpet options right here.