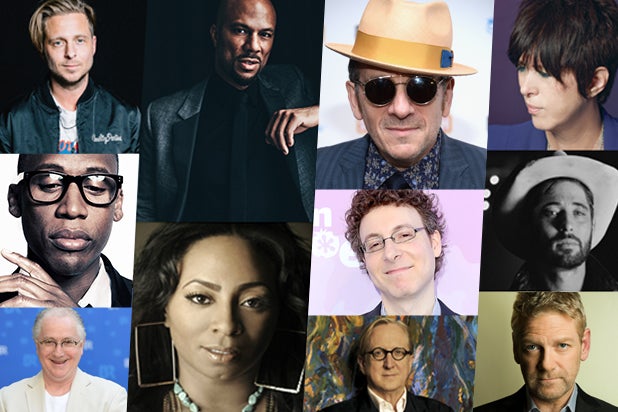 Elvis Costello, Common, T-Bone Burnett and other contenders for the 2018 Oscars Best Original Song category are live Monday evening for a panel discussion of their music, hosted by TheWrap.

You can stream the event over Facebook Live below:

Therap’s Steve Pond is moderating the discussion between the 11 musicians for seven different films at AMC Century City 15 Dolby Cinema in Los Angeles.

Attending the event are:

Dolby Laboratories is presenting the event, and the evening will also be re-broadcast on Monday, December 18 at 7 p.m. ET on SiriusXM’s “Volume” hosted by Alan Light.