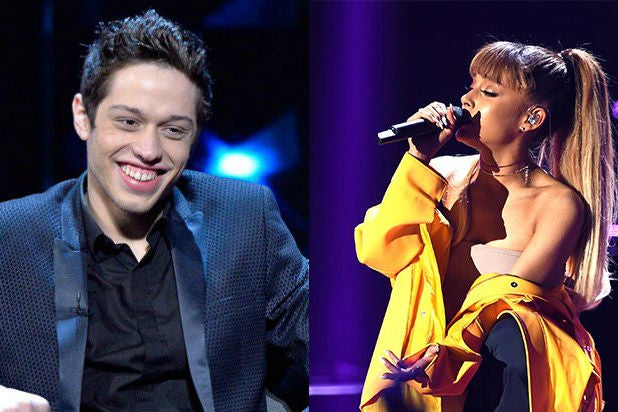 OK, you guys, it’s officially official: Pete Davidson and Ariana Grande are, in fact, engaged. Davidson confirmed the news on “The Tonight Show With Jimmy Fallon” on Wednesday night.

“You know you didn’t have to get engaged to Ariana Grande to come on our show,” the late-night host told Davidson in the clip.

“But I did though!” the “Saturday Night Live” star replied. “I feel like I won a contest.”

Tonight Pete Davidson confirms his engagement to Ariana Grande. Here's a sneak peek. Tune in to #FallonTonight for the full interview. pic.twitter.com/NjxmZ2njgR

Davidson went on to tell Fallon that “it’s f—-ing lit” being engaged to the “No Tears Left to Cry” pop star.

“It’s so lit. It’s so funny walking down the street, ’cause dudes will walk by and they’ll like,” Davidson said as her tipped his hat. “Some dude came up to me and was like, ‘yo man, you like, gave me hope,'” he added.

Davidson and Grande’s relationship has been one of public interest for several weeks now, after the two stars broke up with their former beaus Cazzie David and Mac Miller, respectively.

To all the haters saying she and Davidson are moving too fast, Grande recently posted on Twitter that “life’s too short” to deny herself the happiness of the new relationship.

“forreal. the truth is i been the f— thru it and life’s too short to be cryptic n shit about something as beautiful as this love I’m in. so ǝʇǝԀ it is,” she said. The pop star recently added an interlude titled “Pete” to her upcoming album “Sweetener.”

forreal. the truth is ☕️ i been the fuck thru it and life’s too short to be cryptic n shit about something as beautiful as this love I’m in. so ǝʇǝԀ it is.

Watch the clip from tonight’s episode of “The Tonight Show With Jimmy Fallon” above.