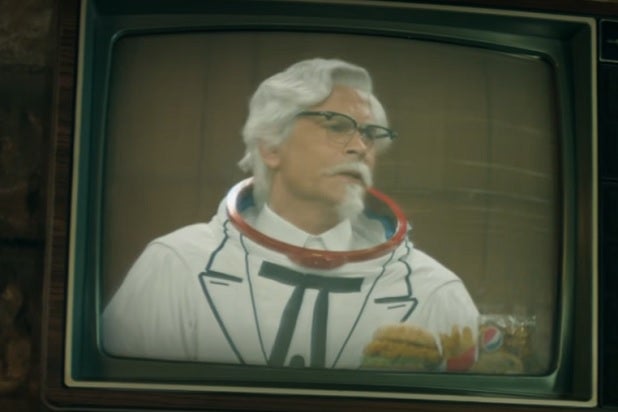 Apparently Rob Lowe’s plate hasn’t been quite full enough lately, because he’s just plopped a piping-hot load of KFC onto it.

In the ad, Lowe gets in a few zingers himself, striking a very presidential pose at a podium and promising to “push KFC’s spicy chicken to new heights” — literally, by launching it into space.

Lowe is the latest in a distinguished line of stars to take on the Colonel Sanders persona. In recent years, Darrell Hammond, Norm Macdonald and Jim Gaffigan have offered their take on Sanders.

Watch Lowe take a crack at Sanders in the video: